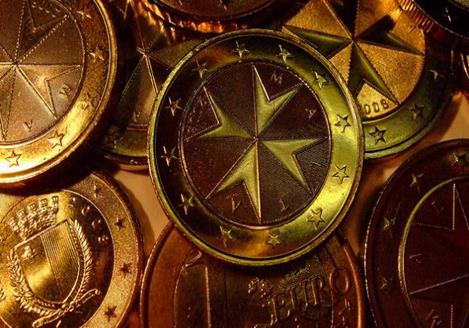 Political uncertainty has returned to Europe, but analysts at Lazard Fund Managers estimate that the eurozone economy remains strong enough to withstand these turbulences. The economic momentum in the region is positive, backed by a central bank that continues with accommodative policies, in contrast to the Federal Reserve, which is on the brink of slowing down.

In fact, they explain, the divergence between the monetary policies of the United States and Europe has become more marked in recent years. The Fed has raised interest rates twice in 2018 and has indicated that there are likely to be two more increases in the remainder of the year.

Looking ahead to June next year, Fed rates are expected to reach 3% maximum, while the European Central Bank is likely to start considering its first rate hike since 2011 while planning a prudent exit of your stimulus program.

In June, experts from Lazard Fund Managers remember, the ECB announced that, based on the data available, in December this year it would end its bond purchase program. ECB President Mario Draghi added that the central bank expects rates to remain at their current levels at least until mid-2019, possibly more. Along with these historically low levels, it is expected that the ECB will reinvest the funds coming from the maturity of the bonds throughout 2019, or for as long as necessary. This will maintain comfortable monetary conditions and favorable liquidity conditions.

“The decision of the ECB to reduce its bond purchase program occurs when the region experiences continuous economic growth (the eurozone economy has expanded for 20 consecutive quarters) and an increase in wages,” they write in their bulletin. monthly.

A favorable context for European RV

For all this, Lazard Fund Managers affirms that the accommodative monetary policy in Europe is also creating a favorable context for companies since financial conditions are still relatively flexible. The divergence between the policy of the Federal Reserve and the ECB could set the stage for surprises in the corporate profits of Europe in the second half of the year.

Among industrial sectors, remember, the rate of growth of benefits in information technology has been exceptionally high, and that of energy has also experienced strong growth. The latter has benefited from expectations about the price of oil, which has increased over the past two years as investors have reassessed their views on US shale production and the impact of electric vehicles on global demand. of oil.

The financial sector is also positioned for Lazard among the weakest sectors so far this year because expectations about interest rates in Europe were displaced by political uncertainty in Italy and Spain, which intensified during the second quarter. Concerns that Italy, the third largest economy in the eurozone, could try to leave the euro, increased steadily after the formation of a populist government in early June.

However, since then, the leaders of the coalition government have moved away from some of their most controversial proposals and have softened their rhetoric against the euro. At the same time, the polls seem to reveal that the support for the euro and the permanence in the European Union have increased in the transalpine country. Even so, the situation remains unstable and is an area that we continue to monitor closely.

“We believe that an active investment approach is the most appropriate to find attractive opportunities in Europe, particularly in an environment where there are several dynamics affecting the market,” they conclude