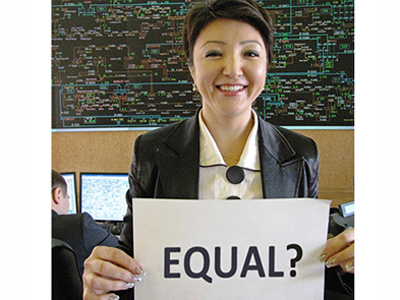 Gender equality is one of the sustainable development goals (SDGs) that calls for ensuring women’s full participation in political, economic and public life as a target. Gender inequality is still a key development issue. The World Economic Forum’s Gender Gap Report 2017 found a gender gap of 42% when it came to labor force participation and earned income. Unrealized Potential, a May 2018 publication of the World Bank Group, puts a staggering figure to the cost of this inequality in earnings – $160.2 trillion globally, or $23,620 per capita.

One of the most coveted global private financial flows is foreign direct investment (FDI). It is stable and it is productive. In 2016, total FDI flows to developing countries reached $646 billion, out of a total of $1.8 trillion. This dwarfs the $145 billion in Official Development Assistance flows for the same year according to the OECD. It is therefore not surprising that researchers and policymakers are investigating the impact of FDI on a range of development outcomes and determinants, including on women’s economic empowerment.

WHAT CAN FDI CONTRIBUTE TOWARDS ECONOMIC EQUALITY FOR WOMEN?

Two researchers, Heiwai Tang & Yifan Zhang, published a paper in 2017 examining the impact of multinational corporations on women’s employment in the manufacturing sector in China. They found that FDI has a positive impact on women’s economic empowerment when it comes from more gender equal countries. Specifically, their research showed that foreign invested firms from countries with more equal culture, as measured by their score on the UNDP Gender Inequality Index (GII), tend to hire more women and have more women managers. They also found that local firms operating in cities or sectors that have a high concentration of foreign affiliates from countries with higher gender equality tend to hire more females. This suggests cultural spillover across firms. They concluded that the trends result directly from spontaneous cultural transfer between the home country and the host country mediated through FDI.

It is well known that outward investment from developing countries is gaining momentum and changing the landscape of FDI in developing countries, especially in smaller ones. Given Tang and Zhang’s research, we wondered: How will this newer wave of FDI, potentially from countries with less equal gender cultures, impact women?

We used Tang and Zhang’s methodology and applied it to the developed and developing countries with the highest levels of outward an inward FDIa[1]. Here is what we found:

IF MORE FDI IS ORIGINATING FROM MORE UNEQUAL COUNTRIES, CAN THE SPONTANEOUS POSITIVE CULTURAL SPILLOVERS OF GENDER NORMS CONTINUE TO GIVE FDI A POSITIVE GENDER EQUALITY STORY?

A lot more research is needed, yet it seems that with the changes in the landscape of FDI, relying on positive externalities to move the needle on gender norms will not be sufficient. This is a case where private finance needs a nudge to achieve the SDG on Gender Economic Equality. This nudge may come from enlightened host country policies, but may equally come from the actions of different civil society players and from consumers voting with their purse. Not taking active and targeted action to maximize the impact of FDI for women will be a waste of a $646 billion opportunity.