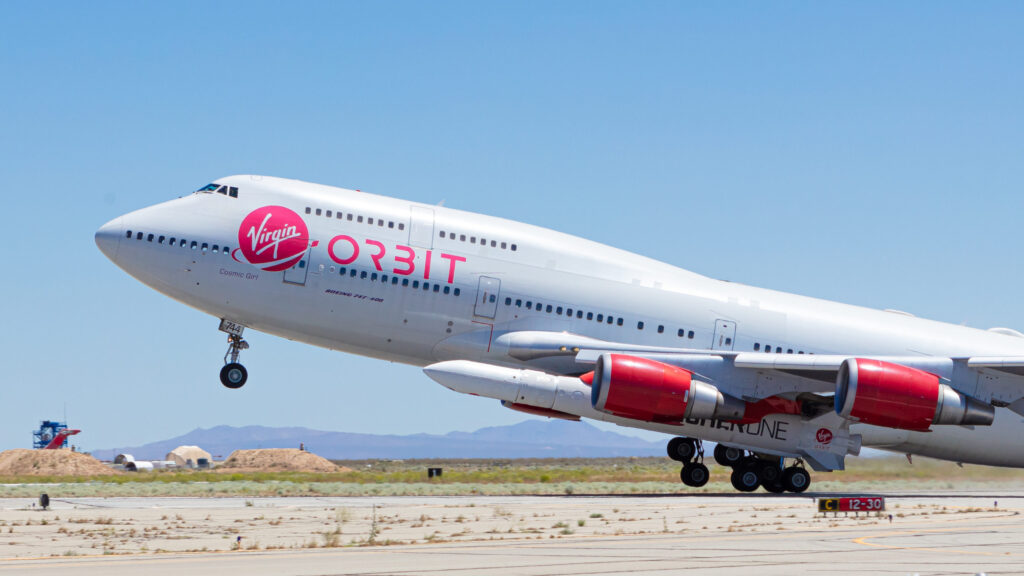 Virgin Orbit, the responsive launch and space solutions company through its parent company Vieco USA, Inc. and NextGen Acquisition Corp. a special purpose acquisition company, announced that they have entered into a definitive merger agreement under which Virgin Orbit will become a publicly-traded company.

Virgin Orbit has developed a proprietary air-launch technology, coupled with world-class manufacturing infrastructure and a proven team to transform space access for a diverse and global customer base. Since its founding in 2017, Virgin Orbit has developed the world’s first air-launched, liquid-fueled launch system. The Company’s most recent successful launch – conducted on June 30, 2021 – precisely delivered satellites for commercial and national security customers from the US and abroad directly into their target orbits. In January 2021, the Company successfully launched satellites for NASA.

The mobility of the system also allows Virgin Orbit to bring launch capabilities to dozens of nations that currently have space agencies and satellite industries but no domestic launch capability. The Company has been selected by the United Kingdom and Brazil to bring launch to those nations’ shores, in addition to Virgin Orbit’s announced launch site in Japan and multiple locations in the United States.

As per reports, upon closing, the transaction is expected to provide the combined company up to $483 million in cash proceeds, including up to $383 million of cash held in the trust account of NextGen (assuming no redemptions) and a $100 million fully committed PIPE; the combined company will retain the Virgin Orbit name and is expected to be listed on Nasdaq under the ticker symbol “VORB.” The transaction values Virgin Orbit at an implied pro forma enterprise value of approximately US$3.2 billion and is expected to close in Q4 2021, subject to, among other things, approval by NextGen’s shareholders and the satisfaction or waiver of other customary closing conditions.

Virgin Orbit has revealed that it is selectively investing with constellation partners to provide end-to-end, value-added services for Earth Observation and the Internet of Things (IoT) applications, using the “Satellites as a Service” model. Virgin Orbit’s IoT offering will focus on connectivity applications for ship management, aircraft, pipeline monitoring, and intelligent agriculture, which has the potential to help improve efficiency across some of the world’s biggest industries.

Virgin Orbit will seek to expand its Satellite as a Service activities beyond the previously announced investments in innovative satellite companies such as ArQit, HyperSat, and others. Additionally, AE Industrial Partners is facilitating commercial partnerships between Virgin Orbit and its portfolio companies BigBear.ai and Redwire to develop and enhance next generation space solutions offerings.

Sir Richard Branson, the Founder of Virgin Orbit, said “The Virgin Orbit team has proven its ability to create new ideas, new approaches, and new capabilities. They are building on the incredible foundation of their rapid transition into successful commercial launch operations to find new ways to solve big problems that uplift our customers’ amazing ideas, again and again. I’m very excited we are taking Virgin Orbit public, with the support of our partners at NextGen and our other wonderful investors. It’s another milestone for empowering all of those working today to build space technology that will positively change the world.”

Dan Hart, the CEO of Virgin Orbit, said “We’ve built Virgin Orbit in order to change the business of satellite launch and to open space for everyone, globally. Whether it’s engaging with world leaders at the G7 Summit or seeing the smiles on the faces of our international community of customers after our most recent launch, our mission gets more exciting with every step we take. Our success in launch has driven the business forward, and now we expect this investment will enable us to build on our R&D efforts and our incredible team. We are driving innovation with world-class design and advanced manufacturing capabilities, our unrivaled mobility of launch, and our exciting space solutions services.”

George Mattson and Greg Summe, the Co-Founders of NextGen, said “We are delighted that our search for a great company, with strong organic growth in a large and growing market, disruptive technology and a world class management team has led to our partnership with Virgin Orbit. The space economy is developing rapidly and Virgin Orbit is well positioned to benefit through its ability to competitively launch at any time, from any place on Earth, to any orbit and inclination. This is a truly unique and differentiating capability. We have worked with Sir Richard and the Virgin Group on various projects, including Virgin Galactic, over the last few years and admire their vision and commitment as they have built Virgin Orbit from an idea to a commercial reality. We look forward to leveraging our industry and financial experience, along with our public company leadership and governance experience to help Virgin Orbit deliver the next chapter of its exciting journey as a public company”

Abdulla Shadid, Executive Director, Growth & M&A at Mubadala, said “Virgin Orbit is a game changer for the small satellite launch and space solutions industry and its listing is expected to be yet another milestone in its continuing success story. Our investment in Virgin Orbit since its inception is a reflection of our confidence in the company’s ability to carve out a leading role in this sector. It also complements the broad objectives of the UAE’s national space strategy, as reflected in the recent successful “Hope” satellite mission to Mars.”