Rotana appoints new managers for its assets in Beirut 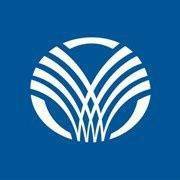 The realignment in organizational structure has come in line with its faith in the country and its belief in a better tomorrow. The appointed General Managers are the right fit for the current team structure and the city’s development.

Fouad Hamadeh – GM to Raouche Arjaan by Rotana: Graduated from the American Hotel & Motel Association with a diploma in Hotel Management, Hamadeh pursued his hospitality career with InterContinental Hotels Group, Shangri-La Hotels & Resorts and Safir Hotels & Resorts for thirteen years before joining Rotana in 2010. Hamadeh has a proven track record in all aspects of hotel management and development, his expertise has been relied upon at Rotana to guide several luxury apartments and complex hotel managements to success. After advancing in his career at major cities including Muscat, Kuwait, Doha, Abu Dhabi and Dubai, Hamadeh returns back to Beirut with full faith in the country, to lead the Raouche Arjaan by Rotana iconic property into further success and capitalize on his regional experience to grow the client base.

Eddy Nohra – GM to Gefinor Rotana: New to the Rotana family but not to the hotel industry, Nohra brings with him over twenty years of solid hotels and resorts management with an extensive experience in sales and food & beverage. Holding two diplomas from the American Hotel & Motel Association; Hospitality Management and Human Resources Specialization, and a diploma from the Hotel Institute Montreux, Switzerland in Hospitality Management. Building his career path, Nohra started with Capital Trust IDARAT after which he occupied several key roles at the InterContinental Hotels Group, Edde Sands and Coral Beach Hotel & Resort. As a new GM to Gefinor Rotana and ready to take over the fully renovated five star property in Beirut, Nohra is committed to implement unconventional strategies to deliver superior accommodation in the city.

DEWA to invest USD10bn to water projects, electricity in next 5 years