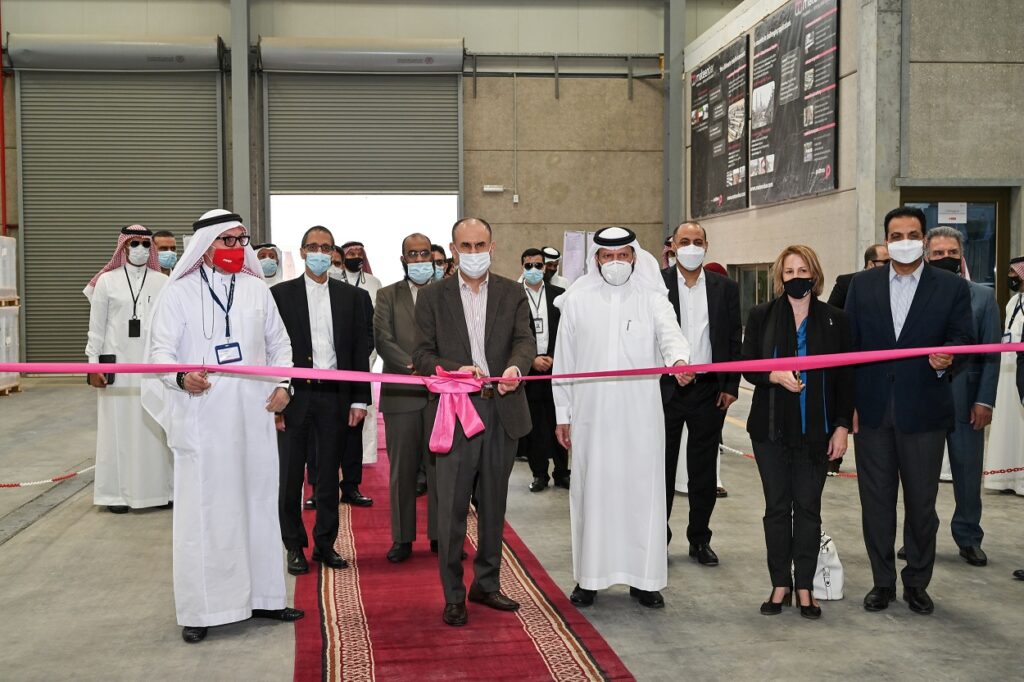 The launch was in the presence of the New Zealand Embassy’s Chargée D’affaires, Ms. Louise Searle, and the Chairman of the National Industrial Committee of the Council of Saudi Chambers, Ibrahim bin Mohammed Al-Sheikh.

The launch of this facility comes as part of the Kingdom’s efforts to attract and localize the rebar industry. This is also in line with efforts to achieve the objectives of the Saudi Vision 2030, in terms of diversifying the national economy, promoting innovation in the Kingdom, and strengthening Saudi Arabia’s international relations.

Speaking at the inauguration ceremony, Al-Sa’adi explained, “Aramco has been developing and deploying non-metallic solutions within its own operations for more than 20 years. The use of non-metallic, advanced polymer materials has significant potential in multiple sectors. Moreover, technologies such as GFRP rebar, which mitigate corrosion and minimize life cycle cost, have potential to be the real game-changers for the building and construction sector in particular.”

IKK Mateenbar will manufacture and supply corrosion-free fiberglass rebar for infrastructure projects in the Kingdom, as well as the Middle East and North Africa region.

The Chairman of Isam Khairy Kabbani Group, Hassan Al-Kabbani, stated, “We are introducing a revolutionary new technology that will start to replace the iconic construction material that has been around for over a century now.”

Saudi Aramco recently mandated the use of GFRP rebar in its engineering standards for reinforced concrete structures in highly corrosive environments, enabling designers to replace steel rebar in these high-risk areas.

Extreme temperatures and high levels of salinity make the Kingdom one of the most corrosive environments for steel rebar, causing early structural damage, resulting in the nation’s economy incurring high costs to replace and maintain unstable concrete infrastructure.

GFRP rebar is the latest technology for manufacturing fiberglass rebar in New Zealand and the United States of America. It is now manufactured locally in Saudi Arabia to build better and more durable infrastructure that supports the growth of the Kingdom’s economy and enriches the quality of its environment and society alike.

The CEO of Mateenbar, Nick Crofts, expressed his happiness at the introduction of IKK Mateenbar in the Saudi market. “Being present in Saudi Arabia is critical to our credibility and success. The Kingdom is a progressive and fast adopter of new technology, and we are honored to be a part of its growth and success,” he said.

Commenting on the new facility, the General Manager of IKK Mateenbar, Hamed Bader, said, “Saudi Arabia thrives on innovation, and non-metallic rebar presents a path for the Kingdom to a long-lasting and sustainable future.”

It is noteworthy that Saudi Aramco was the first to deploy the innovative technology of IKK Mateenbar in the construction of its 23-kilometer-long and 80-meter-wide Jizan Flood Mitigation Channel, which is the largest GFRP rebar project in the world. Shortly after this achievement, Saudi Aramco strengthened its pioneering role with yet another new accomplishment, introducing fiberglass rebar to construct a bridge at King Salman Energy Park (SPARK). This is the first bridge in the country and the only one of its kind in the MENA region to use the GFRP rebar.