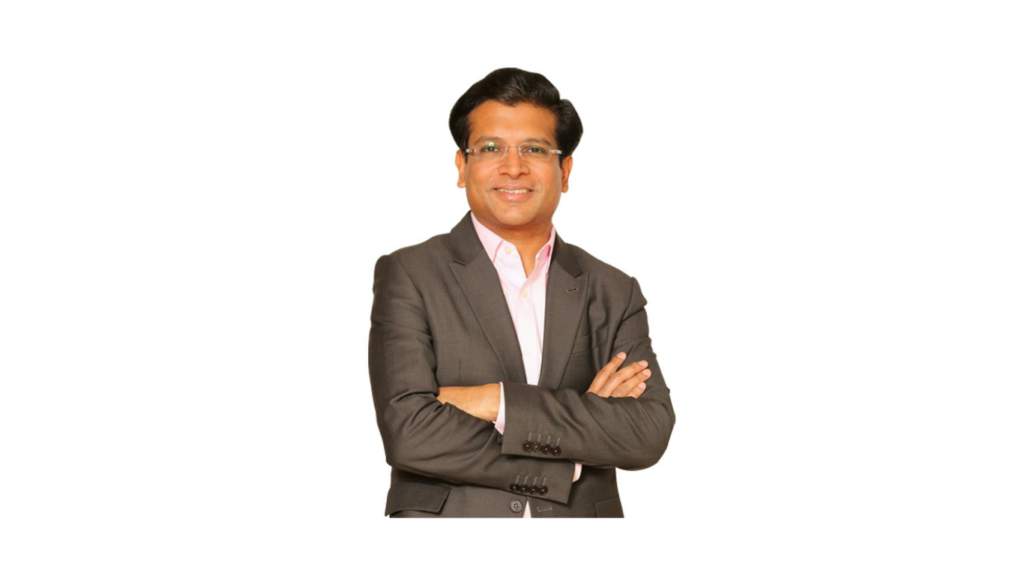 Children today are getting their education on mobile phones and computers and a lot of the mhealth companies have grown on the back of smartphone connectivity. The UPI payment activities have scaled significantly with the advent of the pandemic. It is all about seeing what kind of platforms and solutions can be built to solve the problems and making sure to address a larger set of consumers in an economically viable manner. In these challenging times, Digispice Technologies is focusing on leveraging the digital and technology platforms.

DigiSpice Technologies is a B2B2C ‘Tech and Touch’ player that leverages data insights, technology, service aggregation and promotions to drive retention, adoption and consumption of services for enterprises. Under its aegis comes Spice Digital, Spice Money and many more. It is currently serving 20+ countries in 20+ languages.

Dilip spoke at large about the Spice Money platform and its abilities to deliver the rural population the same experience as that of the urban regions. Its service portfolio includes basic banking to credit, insurance and similar others. Dilip has further explained that Spice Money’s merchant network is becoming the delivery point for lots of services for consumers in small towns and villages.

DigiSpice is physically enabling the merchants in rural India to deliver more and earn more. They are looking to create a win-win situation for the banks and the product manufacturers like health, tech companies and others. DigiSpice aims to provide a digital platform through which they can reach millions of consumers, thus becoming an additional source of income for the merchants and an access portal to the basic banking and other financial services to the consumers. DigiSpice has on-ground officials called as ‘Adhikaris’ who empower the consumers with the products.

Dilip Modi revealed to us that when Spice Mobile first ventured into the telecom industry by becoming the first mobile network service provider in the country, they partnered with Telstra to launch the network in Calcutta in 1995. He has seen the jump in technology in the past 26 years, from fixed line to mobile and informed us that Spice Mobile enabled the access to the phones for the first time in the rural regions, even before fixedlines came in the region. In a similar fashion, Dilip believes that there exists an opportunity for rural India in the fintech sector to jump technology instead of going to a brick and mortar branch.

“We are very excited to hear about the success story of m-pesa in Kenya and we are happy to see how Africa has embraced the whole digital payment mode. I think in India, the rural regions provide a great opportunity for us at Spice Money and many other players in the ecosystem to leverage tech and to enable delivery of  lots of services in an economically viable manner.”

Covid-19: A story of demand and supply

The DigiSpice platform significantly scaled up during Covid-19 and as per reports, its adoption rate significantly accelerated because of the pandemic. During the pandemic, the government had to support the citizens by putting money into their bank account and since there are not enough bank branches or ATMs in the rural regions, DigiSpice became one of the ways in which the rural population could withdraw money from their own bank accounts. Dilip explains that at Spice Money, it was more challenging in coping up with the demand, rather than creating demand.

“During the pandemic, the challenge was more about how quickly we can roll out more services onto our platform. The challenge is now about scale and innovation.”

Challenge is more that we have to make it happen and opportunity is that if we make it happen then we can create a lot of value for the consumers and the merchants in rural India.

For Spice Money, the quality factor mainly refers to the stability of the platform. Dilip is in constant contact with the banks and the NPCI (National Payments Corporation of India) to make a great customer experience on the platform. Dilip observed that when more and more merchants and consumers across India are taking part on the platform, language is becoming a point of concern as people are more comfortable in their own native language. The tech team at Spice Money is ensuring that the app does not become too heavy and the ease of use continues and the transactions flow smoothly.

Dilip says, “It is a gradual journey for us where 10 million merchants are serving a billion consumers.”

DigiSpice has equipped its digital platform for incubation, education, adoption and growth of its on-ground merchants. It is staying committed to its digital first, contactless, paperless mode of service even with its merchants. It has created an end-to-end digital journey from merchants discovering Spice Money, joining the platform, onboarding, growth in products and adoption and education. Everything has been set up between its online and call centres. Apart from video tutorials, Spice Money has also set up a learning platform called ‘Adda’ where the adhikaris could learn from each other and share their experiences. It has set up on-ground teams at every district level who work very closely with the adhikaris.

DigiSpice had recently announced the Korero platform. It is an omni-channel communication platform. Korero allows one to take a single view of the customer as an enterprise and then be able to engage with the customer through multiple channels of communication, whether it is sms, voice, email, whatsapp, social media and many others. Digispice uses the Korero platform to enable communication among the Spice Money adhikaris. In the future, Korero has the potential to become the communication platform between the Spice Money adhikaris and their customers. Korero platform is targeting an opportunity as the Communication as a Service (CaaS) industry grows. Korero enables the enterprises to engage across the board, digitally and mobile. “Korero has been built to cater to all, from a Fortune 500 company to a small startup.”

“Blockchain, Machine learning and Artificial Intelligence is the platform for all the solutions at Digispice technology.”

In Israel, the Tarya group had been gaining grounds in the digital lending space, especially in the P2P lending space. It is a completely technology-driven platform, where they are able to help their customers both on the saving and investment side and the lending side. Dilip  observed that Tarya has a lot of saving and investment opportunities for its clients and on the other hand it has a lot of credit products for them.

“Tarya is very successful in the P2P lending space with over 70 percent market share in Israel. They have a very strong community-led module.”

Reports suggest that Tarya is already running a pilot project in Ghana as part of their initiative to enter the emerging markets of Africa and India. Tarya aims to incorporate technology to drive financial inclusion. They were building platforms to enable lending to farmers.

“In our ambition to drive financial inclusion in rural India, we need to work on a platform for lending and savings that is future-proof.” With the Tarya JV Spice Money looks to provide a lot of financial products to consumers and businesses in rural India.

When asked about any partnerships with any of the banking institutions, Dilip explained that Spice Money is actually serving the customers of the banks itself. It enables the customers to connect to the banks. So a customer of the State Bank of India is withdrawing money from his/her account, but through the Spice Money platform. “Spice Money is rolling out a network of customer touch points without the actual brick and mortar branches.”

In every country there are one or two dominant players with a digital vision towards better services. DigiSpice’s strategy outside India is very much linked to the telcos. Across Africa, Middle East, SouthEast Asia and South Asia, Digispice partners with leading telcos and ventures into digital empowerment of their retail and business consumers. Digispice technologies provides its partners with a platform that includes services for fintech, health tech, entertainment products like music apps, gaming and many more.

“Our strategy outside India is to partner with the leading telcos in every country to leverage the digital platform to offer solutions to their consumers and enterprises in that country.”

Speaking about the 100% foreign ownership of businesses in UAE, Dilip commented, “It is a welcome development. The entire region is full of opportunities and Digispice is always keen on serving the Middle East region. We are studying the recent developments and are looking into strategies for rolling out businesses in that region. The business hubs in UAE are also great hubs for serving the Africa region. The way we have Singapore as the hub in Southeast Asia, the African, especially the East African regions have Dubai and Abu Dhabi as the hub. We hope to work very closely with the players in Dubai and Abu Dhabi to be able to serve the Middle East as well as the African countries.”

For working, connecting and delivering the right message to the populace in rural India, Digispice found out that Sonu Sood has embarked on that same journey of helping the people in the villages of India. He is still helping out people in every kind of problem. He has a very strong connection with the people and Spice Money is only happy to help him in his quests.

The partnership started with the realization that there needs to be job opportunities for the rural population and that is where Spice Money is helping Sonu Sood by introducing the concept of adhikaris. Spice Money became an opportunity for the people in the village to become entrepreneurs within their community.

“We do not see Mr Sood as a brand ambassador, we see him as a partner in this journey. In us, he finds someone who could help them in many of their needs. We are two people on the same path of empowering the people of rural India so that they do not have to step out of their community to earn a living or get access to services.”

Speaking about the Indian union budget for 2021, Dilip shared, “It is a very forward looking budget and obviously it has created an opportunity with the pandemic and the issues associated with that. The business across the board has been very encouraged by the budget. If we have to achieve the vision of our PM, then the only way to grow is if rural India grows. So, the way mobility became a big enabler for the GDP growth in India, technology could be a big enabler for the rural Indian economy.”

In terms of the government’s forward-looking initiatives as well as the platform that it is building for semi-urban and rural India, Digispice believes that there are lots of opportunities ahead and plans to take these learnings to other countries in Africa and Asia as well.

One of the reasons why the rural economy of India has been excluded was because of the lack of data and Digispice is creating a lot of proprietary data by enabling the customers to transact with their banks in a way they could not previously. Earlier, a rural person was not able to withdraw money because of the absence of an ATM or a bank branch in his/her vicinity. The transactions that are happening on Digispice is generating a lot of data that is all going into ‘Machine Learning’ algorithms. Dilip further explains that this form of data collection is actually helping a lot of the entrepreneurs and enterprises in the rural parts of India.

This is an excerpt of the full interview on our youtube channel.