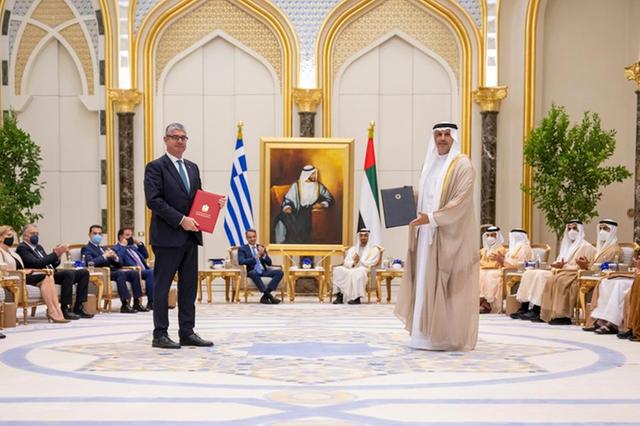 UAE, and Greece have recently signed up a number of agreements, and MoUs between the two nations within investment, renewables, healthcare, advanced industries, technology, as well as other core sectors.

The Mubadala-HDBI co-investment partnership was first established in 2018 with an initial focus on minority direct PE investments in Greek businesses.

The agreements were signed in the presence of Sheikh Mohamed bin Zayed Al Nahyan, the Crown Prince of Abu Dhabi and Deputy Supreme Commander of the UAE Armed Forces, and Kyriakos Mitsotakis, the Prime Minister of the Hellenic Republic of Greece at the Qasr Al Watan Palace in Abu Dhabi.

Waleed Al Mokarrab Al Muhairi, Mubadala’s Deputy Group CEO, commented: “Over the years, the economy of Greece has not only demonstrated its resilience, but it also now presents some very exciting growth opportunities. Our extended partnership with HDBI will enable Mubadala to accelerate its investments in Greece, capitalizing on an increasingly active innovation and entrepreneurial landscape across multiple sectors. We look forward to our continued collaboration with HDBI in the months and years ahead as we collectively seek to tap into Greece’s burgeoning innovation-driven sectors.”

Dr. Haris Lambropoulos, HDBI’s President, commented: “Our collaboration with Mubadala is based on mutual trust and understanding. The extension of our strategic co-investment partnership is the beginning of a new era, in full alignment with the investment principles and values of our respective organizations. It also provides a unique opportunity to further promote our bilateral relations, leveraging the dynamism of the Greek economy and its resilience in the face of global challenges and uncertainties.”

Antigoni Lymperopoulou, HDBI’s CEO, commented: “Our co-investment approach has been delivering solid results by promoting the Greek investment ecosystem, which is focused on talent and innovative entrepreneurship.”

VentureFriends stated that their core focus is on scalable B2C and B2B startups that can develop a sustainable moat over time, with a track record of successful investments in PropTech, Fintech, Marketplaces, and SaaS. VentureFriends targets investments in Greece, throughout Europe, and selectively around the world, comprising the UAE, where it has been an early investor in Instashop since 2016 and most recently an early investor in Huspy.

George Dimopoulos, Founding Partner of VentureFriends, stated: “We are very excited to welcome Mubadala and HDBI as LPs in VentureFriends III. We are looking forward to building on this partnership, and with the help of these two organizations, continue to support founders and companies that will become leaders in their respective spaces, including Blueground (Proptech), Belvo (Fintech), and Instashop (B2C). Through the co-investment partnership, Mubadala and HDBI have jointly reviewed a number of investment opportunities over the past four years, with further direct and fund investment opportunities currently under review.”

The key highlights of the agreements, and MoUs in the meeting comprised: –