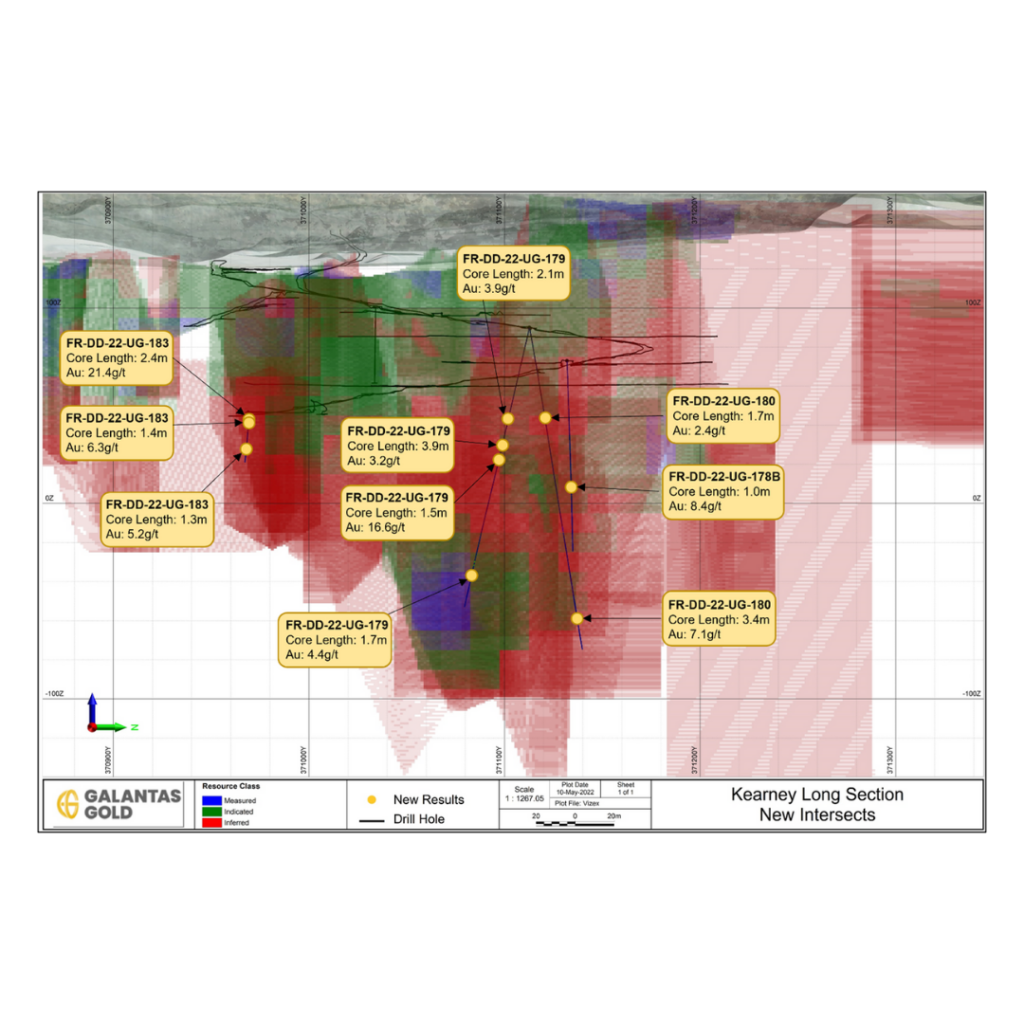 Galantas Gold Corporation, a Canadian public company, announced the results for four holes from its ongoing 4,000-metre drilling program at the Omagh Project in Northern Ireland. All four holes were drilled from the underground development at the Kearney Vein.

Vein intersections in holes FR-DD-22-UG-183 and 180 indicate the likelihood of a new dilation zone . Drill hole FR-DD-21-UG-179 also intersected the Kearney Vein within the dilation zone model (see Figure 4 and press release on March 21, 2022). Dilation zones which have potential for higher widths of mineralization have previously been identified within the Kearney underground development and are believed to be linked on shallow north-dipping planes. Further confidence is gained in the nearby ‘C-lens’ which was intersected in all four holes.

Mario Stifano, CEO of Galantas, commented: “The continued success of our exploration program is demonstrating not only the high-grade potential of the deposit but also the predictability in identifying the high-grade dilation zones. Also, recent drilling has identified a number of parallel lenses including the C-lens and the B-lens, with an intersect of 73.6 g/t Au and 93.4 g/t Ag over 2.2 metres of the-B lens approximately 28 metres east of the Kearney Vein (see press release on March 21, 2022). The Company has restarted underground development and blasting, and remains on track to commence production in the second half of June.”

Abu Dhabi to strengthen trade with the Kingdom of Lesotho

Zoomcar fleet to get ETIT tracking devices in Egypt