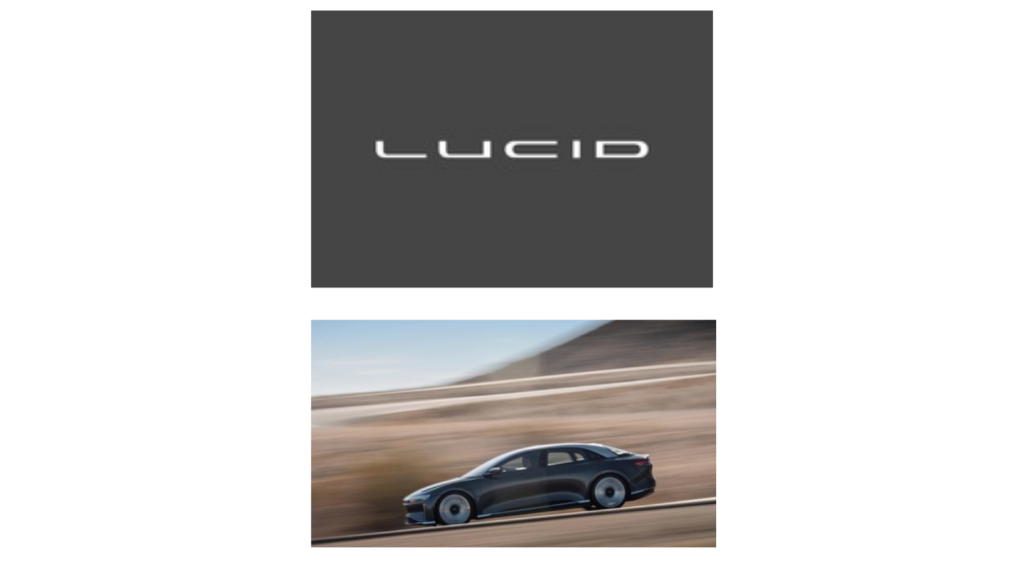 Lucid Group, Inc has set up new standards with the firm claiming it to be the longest-range, fastest-charging electric car on the sidelines with its Global Sustainability Vision (GSV) on the market with the Lucid Air, recently hosted a ceremonial signing event to mark February 2022.

In this event, agreements with the Ministry of Investment of Saudi Arabia (“MISA”), the Saudi Industrial Development Fund (“SIDF”), Emaar, The Economic City, at King Abdullah Economic City (“KAEC”), and Gulf International Bank (“GIB”) that sets the stage for the construction of AMP-2, a world-class Lucid production factory in Saudi Arabia with a capacity of 155,000 electric vehicles.

Lucid added that the agreements celebrated recently are anticipated to offer financing and incentives to Lucid up to $3.4 billion in aggregate over the subsequent 15 years to develop and operate a manufacturing facility (MF) in Saudi Arabia.

Peter Rawlinson, Lucid’s CEO and CTO stated: “This signing ceremony marks yet another step forward in the realization of Lucid’s mission to inspire the adoption of sustainable energy, and I’m delighted this brand-new manufacturing facility will come to fruition here in Saudi Arabia. I am truly delighted to partner with PIF, our signing partners, and the Government of Saudi Arabia in advancing our shared vision of global sustainability.”

Rawlinson further added: “We are thrilled to be supporting Saudi Arabia in achieving its sustainability goals and net-zero ambitions, as outlined in Saudi Vision 2030 and the Saudi Green Initiative, by taking steps to help diversify Saudi Arabia’s economy through the establishment of manufacturing capacity in KAEC for up to 155,000 of Lucid’s zero-emissions, electric vehicles per year.”

His Excellency Eng. Khalid Al-Falih, Minister of Investment of Saudi Arabia, commented: “With today’s signing ceremony, we are taking a major step towards Saudi Arabia’s goal of diversifying its economy by creating a new manufacturing hub to spearhead the future of mobility for the Middle East region. Attracting a global leader in electric vehicles such as Lucid to open its first international manufacturing plant in Saudi Arabia reflects our commitment to creating long-term economic value in a sustainable, enduring, and globally integrated way. This project demonstrates the confidence investors have in Saudi Arabia’s competitiveness, its ability to create opportunity, and serve global demand for a highly complex product such as electric vehicles.”

His Excellency Bandar Alkhorayef, the Minister of Industry and Mineral Resources and Chairman of Saudi Industrial Development Fund (SIDF), stated “The automotive industry in the Kingdom is one of the important sectors supported by the National Industrial Strategy (NIS) since it is one of the complex industries that contribute to the development of supply chains for a wide range of products, noting that all entities of the industry ecosystem are working together to attract investments, including EVs, to the Kingdom. He added: We look forward to working with Lucid and other leading companies while continuing to build our global expertise.”

Turqi Al-Nowaiser, PIF’s Deputy Governor and Head of International Investments Division, stated: “PIF partners with leading global innovators, like Lucid, to shape the economies of the future and drive the economic transformation of Saudi Arabia in line with Saudi Vision 2030.”

Commenting on the agreement, Mr. Cyril Piaia, CEO of Emaar The Economic City, the master developer of KAEC, stated: “With this momentous agreement, we welcome Lucid’s first electric vehicle plant outside the US. KAEC and Saudi Arabia stand to reap considerable long-term benefits from the project, which is expected to produce 150,000 electric vehicles per year upon completion and create over 4,500 jobs in the city. The sustainable-mobility options the plant is set to provide, along with a marked uptick in employment opportunities, will bolster KAEC’s reputation as the Kingdom’s leading automotive hub and a vision-ready platform for investors everywhere. It also reflects our commitment towards the realization of the Kingdom’s Vision 2030 goals for economic diversification and the development of promising new sectors.”

Abdulaziz Al-Helaissi, Group CEO of GIB, commented: “GIB is proud to be a part of this important step to develop sustainable transportation in the Kingdom of Saudi Arabia and support the transition away from fossil fuels. This is a great opportunity for Lucid and for Saudi Arabia and captures the spirit of Vision 2030. GIB believes that green and sustainable finance can be a force for good and we are committed to a sustainable future.”

Faisal Sultan, Lucid’s Managing Director, Middle East stated: “Lucid has set out to address global market demand for EVs, while also taking action to address climate change through inspiring sustainable transportation, and today’s signing ceremony marks the beginning of this journey. Alongside PIF, our partners at MISA, KAEC, and SIDF, and our customer at MOF, we have gained unique insight into the demand for electric vehicles and SUVs in Saudi Arabia and beyond, helping in our efforts to introduce the world’s most advanced electric vehicles to exciting new markets.”

Lucid added that it had reviewed multiple opportunities before selecting KAEC in Saudi Arabia, an area known for its livability and sustainability, as the optimal location for the second of its global network of electric vehicle manufacturing facilities. Lucid also officially designated the new Saudi Arabian plant “AMP-2” (Advanced Manufacturing Plant #2), indicating its position as the next cornerstone of Lucid’s vertically integrated global production network.

It further explained that the factory is situated in the KAEC’s ‘Industrial Valley,’ close to King Abdullah Port along the main Red Sea trading corridor, an area that has handled more than a third of Saudi Arabia’s Western Region container volumes. Lucid’s Middle East regional headquarters in Riyadh has been operational since last year.

Industry sources added that Lucid is planning to establish operations initially at the AMP-2, re-assembly of Lucid Air vehicle “kits” that are pre-manufactured at the company’s U.S. AMP-1 facility in Casa Grande, Arizona, and, over time, for production of complete vehicles.

Lucid expects construction of the plant to commence shortly, and at its peak, Lucid anticipated to manufacture up to 155,000 vehicles per year at the facility. Lucid claimed that the Ministry of Finance of the Government of Saudi Arabia (“MOF”) entered into an agreement with Lucid to purchase at least 50,000 and potentially up to 100,000 Lucid vehicles over a ten-year period, during April 2022. The order quantity for the committed volume is expected to range from 1,000 to 2,000 vehicles annually and increase to between 4,000 and 7,000 vehicles annually by 2025.