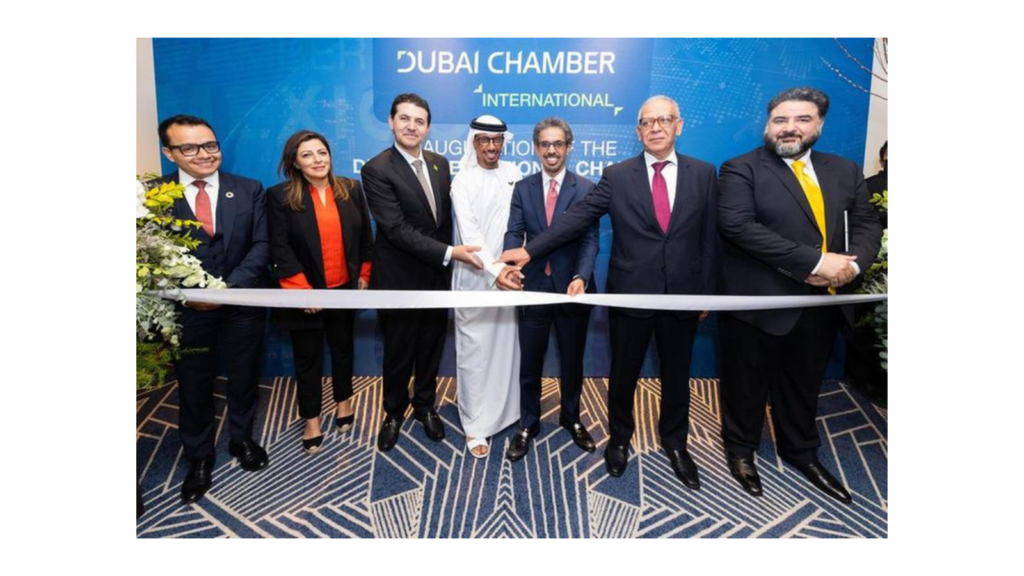 Dubai International Chamber (DIC), one of the three chambers operating under Dubai Chambers, has announced the commencement of its latest representative office in Mexico City as part of efforts to strengthen the Chamber’s presence in Latin America (LA) and explore new avenues of bilateral economic cooperation.

Addressing participants during the ceremony, H.E. Ahmed Almenhali, UAE Ambassador to Mexico, described the opening of Dubai International Chamber’s Mexico office as a key factor that will boost trade and investment between the UAE and Mexico and align the strategic ambitions of both countries to further diversify their economies and drive sustainable growth in the post-Covid era and beyond.

He noted that the UAE’s embassy in Mexico has taken several steps to develop bilateral ties in recent years such as introducing a visa waiver for citizens traveling between the two countries, launching direct flights, signing strategic partnership agreements, and facilitating Mexico’s participation in the World Logistics Passport – all important developments that have expanded bilateral economic cooperation and removed trade barriers.

Dubai International Chamber sources noted that Mexico is Dubai’s second-largest trading partner within Latin America and bilateral non-oil trade exceeded AED 4.44 billion in 2021. Mexican exports to the emirate account for the largest share of the trade volume, which is dominated by commodities, passenger vehicles, multimedia devices, cargo vehicles, and avocados.

For his part, H.E. Hamad Buamim, President & CEO of Dubai Chambers said: “We are committed to exploring the business potential in promising countries that provide opportunities for growth and expansion for Dubai’s business community. Our presence in Mexico will further strengthen an already robust commercial relationship between Dubai and Mexico and identify and capitalize on new trade opportunities and investments in key sectors such as agribusiness, industry, automotive, manufacturing, logistics, infrastructure, digital economy, fintech, and tourism.”

“Our team on the ground will focus efforts on building strong relationships with key public and private sector stakeholders and supporting Mexican companies that are keen to enter the Dubai market and expand internationally into the Middle East, Africa, and Asia markets through the emirate,” H.E. Buamim explained, describing Mexico as a “top target market” offering tremendous business potential that will open new doors for companies in Dubai that are keen to expand their footprint in Latin America.

Industry sources added that the latest Dubai International Chamber strategy focuses on attracting 50 multinational firms to Dubai within three years, aiding in the external expansion of 100 companies from Dubai to priority foreign markets within two years with the aim of improving the business environment in Dubai and making it conducive to business growth with a focus on multinational companies.

DIC added that the strategy aids in the five-year plan announced by HH Sheikh Mohammed Bin Rashid Al Maktoum, Vice President and Prime Minister of the UAE and Ruler of Dubai to boost Dubai’s non-oil foreign trade to AED 2 trillion and aims to uplift Dubai’s position in the global arena and expand the emirate’s trade partnerships with promising markets around the world.