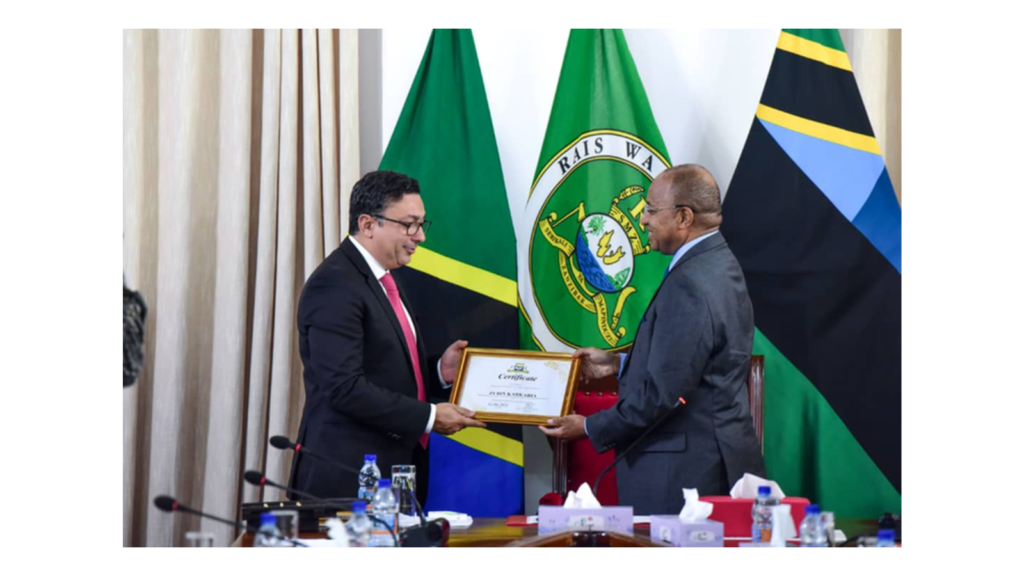 Zubin Karkaria, Founder and Chief Executive Officer of VFS Global, a global outsourcing and technology services specialist for governments and diplomatic missions worldwide, was appointed the Goodwill Ambassador for tourism for Zanzibar by the Ministry of Information, Youth, Culture, and Sports.

Zanzibar Sources add that Karkaria was amongst the top four leaders from distinguished walks chosen to help promote tourism-driven investments in the picturesque destination, off the east coast of Africa in Tanzania, through new avenues for sports, entertainment, and culture.

Karkaria adds: “It is, of course, a great honor and privilege to be appointed as Goodwill Ambassador for the tourism vertical by the Ministry of Information, Youth, Culture, and Sports. From the tourism perspective, I have been an ardent admirer of Zanzibar’s natural beauty, and its warm, hospitable, and tourism-friendly people. With this opportunity, I can personally and professionally add value to this outstanding destination, and I am sure in the years ahead, Zanzibar will make its mark in the tourism spectrum.”

Industry sources added that Zanzibar has engrossed tourists from across the world for more than two decades. Its top attractions include Stone Town, its ancient city that became designated a UNESCO Heritage Site in 2000, its vibrant beach life, surfing and water activities, and its indigenous cuisine, among others.

VFS Global is well established in the tourism representation and promotion domain with over 10 years of experience and a global presence in 25 countries. The company provides tourism and trade support services to several of our client’s national tourism authorities by assisting them in a wide range of promotional activities for their respective destinations.