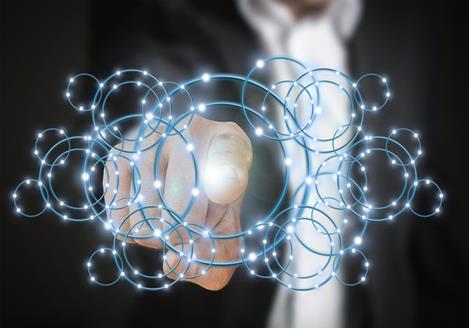 Successful investors look towards tomorrow instead of focusing on the present and, for Amundi ETF , one of the “most exciting” future trends is artificial intelligence (AI). According to PwC, it could contribute up to $ 15.7 trillion to the world economy in 2030, more than the current production of China and India combined.

The best way to capitalize on a future trend is to invest early, when prices are cheap and valuations are reasonable. But, for the manager, that is difficult when a technology is incipient. Although artificial intelligence is very promising, current adoption rates are low, with only one in 20 companies currently using it .

Many automakers are now offering a better way to connect your smartphone to the vehicle’s infotainment screen, allowing you to take advantage of your apps, contacts and music. Chief among the benefits is the ability to use smartphone navigation apps. A few automakers, such as BMW, also are offering the connection wirelessly.

Amundi ETF ensures that the applications are very varied and are likely to be specific not only for each sector but also for each company. For example, artificial intelligence already allows retail distribution companies to improve stock management and customer experience. Agriculture is also seeing its benefits: researchers from the University of South Australia recently developed a system that uses drones to detect areas that require additional irrigation, which helps to improve crop health and saves time for farmers.

The manager points out that investing in artificial intelligence is more complex than investing in mobile phones or social media platforms. It is not a product: it can not be bought as a software package, but will be adapted to each industrial sector and each company. In other words, it should be adapted to all companies, so, to be successful in the future, they should start investing today.

Just as companies need to invest in artificial intelligence today, so must investors . They need to allocate capital now to get the best benefits from this technological trend. For this reason, Amundi has partnered with Stoxx, one of the main index providers, to launch its Global Artificial Intelligence UCITS ETF.

The manager assures that one of Stoxx’s biggest challenges in creating this index was to determine how to classify the contribution of each value to artificial intelligence, given that it is an incipient trend. Based on a broad “Developed and Emerging Total Market Index” universe, stocks are classified according to the probability that companies are at the forefront of this technological wave.

Those companies located in the 75th percentile in both metrics will form the Global Artificial Intelligence index.

Avoid behavioral bias and the risk of concentration To eliminate some behavioral biases that could affect a qualitative approach, a balanced scheme is favored, since the size of a company is not a guarantee that it will surpass its counterparts. According to the manager, this helps eliminate concentration risk and will produce a better risk-return profile.

Digital gauges in some models are replacing static, physical gauges to create a dynamic screen for sharing more relevant and customizable information. Audi’s Virtual Cockpit system is one of the leading designs in the industry, but more mainstream automakers, including Ford and Mazda, have adopted their own variations of the digital gauge cluster as well. These gauges can provide a better view of vehicle behavior and performance, such as fuel efficiency, and also can incorporate navigation directions.

The manager believes that a more detailed analysis of the components of the artificial intelligence index highlights the importance of this technology in all regions of the world, in all industrial sectors and in all sizes of companies .

In his opinion, “this Amundi ETF is a powerful tool for investors who want to take advantage of one of the most interesting current trends”, since this fund “allows investors to add a thematic strategy to a basic portfolio of more traditional assets”.

Sleeping titan of Blockchain Acceptation is the Forex Trade

FinTech Market within the Gulf and MENA to witness a huge...

E-Commerce and Digital Initiative is the core to belonging for better...