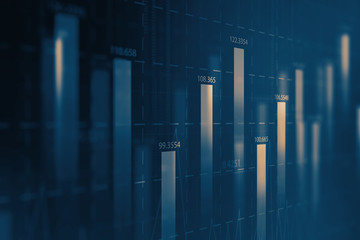 The forward curve represents the value of Oman Blend Crude Oil in future months. Activity in the forward curve happens when customers want to protect themselves against the risk that the price of Oman crude oil will fluctuate in the future.

The DME Oman crude oil contract has become a very significant benchmark for sales of Middle East oil into Asia. The contract was included in the official selling price of Saudi Arabia and Bahrain from October 2018. Customers had previously faced a significant risk because they were unable to hedge the Oman side of Middle East oil price formulas.

DME has also enhanced its pricing mechanism by adding a new security measure – CME Group’s Velocity Logic – to the exchange’s trading platform.  Velocity Logic works to deter extreme price moves by detecting sharp price movements within a predefined time period and then briefly pausing the market to allow traders to reassess their positions

Raid Al-Salami, Managing Director, DME, said: “The 160% surge in activity on the DME forward curve is a clear indication of the growing need from customers to hedge price risk. DME Oman is a highly efficient and transparent price discovery mechanism for regional crude oil and we are delighted to see the increasing take-up by customers.”

DME is the premier international energy futures and commodities exchange in the Middle East. It aims to provide oil producers, traders and consumers engaged in the East of Suez markets with transparent pricing of crude oil.

Launched in 2007, DME has rapidly grown into a globally relevant exchange. Its flagship Oman Crude Oil Futures Contract (DME Oman) contract is now firmly established as the most credible crude oil benchmarkrelevant to the rapidly growing East of Suez market. Reflecting the economics of the Asian region like no other contract, and the largest physically delivered crude oil futures contract in the world, DME Oman is the world’s third crude oil benchmark and the sole benchmark for Oman and Dubai exported crude oil.

DME is a fully electronic exchange, with regulatory permissions allowing access from more than 20 jurisdictions, including the major financial centers of Asia, Europe and the United States. The Exchange is located within the Dubai International Financial Center (DIFC), a financial free zone designed to promotefinancial services within the UAE. The DME is regulated by the Dubai Financial Services Authority and all trades executed on the DME are cleared through and guaranteed by CME Clearing.

Bahri reports fourth quarter and full year earnings for 2020 with...

A Digital Cooperation Organization launched with the support of Five Nations...

WHAT DO MELTDOWN, SPECTRE, AND RYZENFALL MEAN FOR THE FUTURE OF...