The European Bank for the Reconstruction and Development (EBRD) alongside Nippon Export and Investment Insurance (NEXI) are all eyeing for bolstering their overall relationships as well as upsurge their efforts for expansion of the economies within the territories wherein both of the firms operate.

The EBRD and NEXI along a Memorandum of Understanding (MoU) signed in between the two firms, agreed in to view and develop the channels for optimal utilization of Financial resources within the projects as well as join in their overall Financing expertise.

The EBRD Acting President Jurgen Rigterink stated that “They are hugely elated for linking forces alongside NEXI for progressing the economies within their respective territories. This mutual trust shown in agreement will support in surging their business ties, investments within the sustainable greener economy as well as flow of trade.”

For the expansion of better sustainable infrastructure, reflecting higher significance for both institutions are placed on topmost focussed area for this cooperation. This is well in tandem with ‘EBRD’s Green or Sustainable Economy transition’ approach that has already supported the Banking institution for receiving greener or sustainable investments in excess of 40 percent of year-on-year investment the previous year and is set to upsurge in excess of 50 percent within the next five years within 2025.

The EBRD bank is one of the pioneer banking institutes, encouraging private sector development, sustainable as well as inclusive expansion via a blend of investments, policy engagements as well as well knit technical assistance. The previous year EBRD has financed a total of 452 specific projects within the 38 emerging economies within European, Asian, as well as African territories exceeding a €10billion for the initial time within Bank’s illustrious history, surging to €10.1 billion from €9.5billion within 2018.

NEXI remains as the topmost official export credit agency of Japan and is exclusively owned by the government. It performs insurance business, covering risks which stand up in foreign transactions carried out by Japanese companies not covered by commercial insurance. 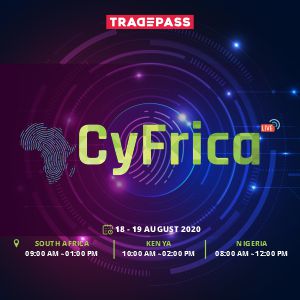 FTA organizes 3 interactive sessions for the ‘Maskani’ campaign to raise awareness of the...