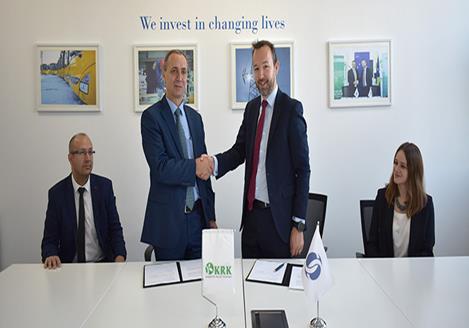 Supporting the development of small businesses in Kosovo, the EBRD is lending €2 million to Kreditimi Rural i Kosoves (KrK), the third largest microfinance institution in the country.

The funds will be on-lent to privately owned micro, small and medium-sized enterprises, the most vibrant and fast-growing sector of the economy.

The new EBRD loan follows a 2017 credit line of €2 million to KrK to deepen its financing of the green economy. That money was on-lent to borrowers from the residential sector for investments in technologies helping to reduce energy intensity and improve energy efficiency in accordance with the EBRD Green Economy Transition (GET) approach. The aim of these investments was to make households not only more energy efficient but also help them decrease their greenhouse gas emissions, reducing their impact on the environment.

KrK was established in 2000 to provide finance to low-income individuals in rural and urban areas of Kosovo, prioritising the agricultural sector but also servicing other economic activities with a network of 24 branches throughout the country.

KrK became an EBRD client in 2012 when the Bank provided a credit line for small enterprises and has remained among the key financial institutions for the Bank to reach underserved MSMEs in Kosovo.

The EBRD has invested €339 million in 58 projects in Kosovo to date, having worked there since the 1990s. The Bank’s strategic priorities in the country are promoting inclusion, the green economy, economic resilience and regional integration.

In 2019 UAE witnessed its advancement as an AI leader, however, what’s in store for the nation in 2020?

The giant outcome of Aramco, Uber on M&A Landscape of MENA

The changing phase of Banking and Financial Arena-Adapt and be successful...