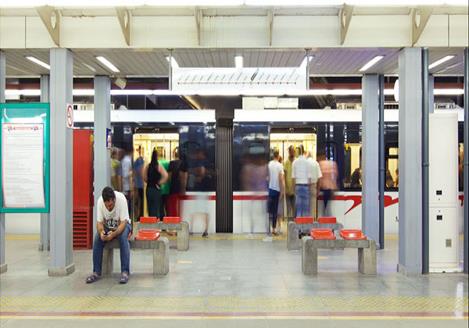 The EBRD is providing new financing to the municipality of Izmir, Turkey’s third-largest city, as it continues to expand its transport network and improve the quality of urban travel for local residents and tourists alike.

The €80 million loan from the EBRD will finance the construction of a new 7.2 kilometre metro line along the city’s east-west corridor.

The Fahrettin Altay-Narlidere-Kaymakamlik line will improve the connection between a university campus, a hospital and retail areas. It will extend the existing 19 kilometre Evka 3-Fahrettin Altay line and will link up with bus, suburban rail and tram networks. The project forms an important part of Izmir’s 250 kilometre rail system.

With a growing population of over four million people and a booming tourism industry, Izmir, on Turkey’s Aegean coast, is in ever-growing need of better public transport that will provide a viable alternative to polluting car travel on the city’s congested roads.

On a visit to Izmir, Arvid Tuerkner, EBRD Managing Director for Turkey, said: “Supporting projects that improve people’s lives is at the heart of the EBRD’s mandate. As a result of our new financing for the municipality of Izmir, residents of this bustling city will have easier access to fast, modern and clean transport.”

The EBRD has previously provided €23.5 million financing for 85 new vehicles for the Izmir metro system and extended a €33 million loan for three new car ferries, another environmentally friendly alternative to the city’s busy roads.

This new financing is part of the EBRD’s Green Cities programme, which builds on the Bank’s two decades of experience investing in municipal and environmental infrastructure.

Under this programme, the EBRD will help Izmir develop a Green City Action plan which will aim to reduce emissions from public transport by over 15 per cent and address the city’s needs for sustainable growth.

The EBRD is a major investor in Turkey. Since 2009 it has invested nearly €11 billion in various sectors of the Turkish economy, with almost all investment in the private sector. Half of the Bank’s portfolio in Turkey constitutes investments that promote sustainable energy and resource use

For better promotion of the Emirati E-Commerce boom, Dubai and Noon.com partner on a joint programme

As per Magnitt’s report FinTech adoption and expansion at Saudi Arabia...