Earlier this financial year Falcon Network inaugural maiden round of Investments witnessed a major boost up for six start-up firms as the overall MENSAT (Middle East, North Africa, South and as well as South East Asia and Turkey) regions’ investment funds soaring up to touch $450,000.

Falcon Group a group backed with the power of group of emerging markets-based angel investors have now opened up their second round of funding for supporting expansion of MENSAT ((Middle East, North Africa, South and as well as South East Asia and Turkey) based start-ups with tasting a great success in initial round of funding spree by generating investment pool valued at $450,000 and that benefitted six major profitable start-up firms in the present-day context.

The co-founder of Falcon Networks Dr. Sayd Farook, stated that “Launched during the 2018 a year back, Falcon Network as an enterprise has picked up with a humble background and a primary initiative for channelizing and pooling in a much improved yet sought out initiative of angel investments for the dynamic global entrepreneurs and lead businesses in the emerging markets. As well as he also pointed out that viewing the overall potential as witnessed in our global markets and the initial round of success during the inaugural round has led them to build upon a great pool of investment houses for the future.”

Till January 31st, 2020 the applications are opened up and at a given point of time, the success start-ups could be hosted at the Network’s platform for prospective angel investors to review. The most promising – of a roundabout ten to twelve may be chosen – will then be invited to the Network’s Investor Day to satisfy and gift their organizations to investors.

The Falcon Network includes senior executives operating in both the private and non-private areas throughout the Middle East and wider Asia. Current individuals have dedicated to making an investment no less than $50,000 via October 2020. 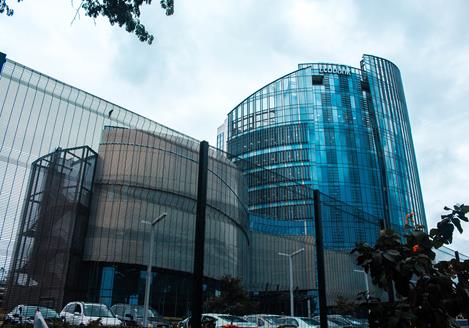 Gold and Global Markets volatility jump witnessed, however can it last?

“SPEED MEETING” WITH THE CHAMBER OF COMMERCE OF SPAIN IN THE...