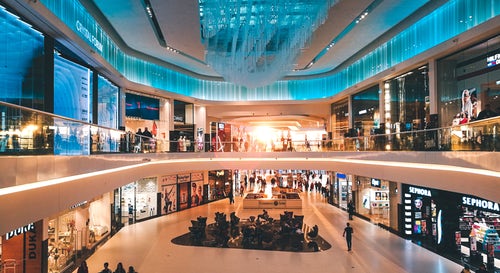 GCC’s retail sector boom is all poised to mark a 22% growth to touch $308 billion in 2023 despite all the hiccups like macro-economic as well the global economic slowdown. UAE and Saudi Arabia will account bulk selling spree for the next five years.

According to Dubai-headquartered Investment advisory firm Alpen Capital, in their latest GCC retail industry report stated that “The overall market size of Arabian Gulf retail sector market is expected to mark a 4 percent compound annual growth rate until 2023.” Saudi Arabia and UAE, the two largest economies of the Arab league, accounts to 77 percent of the sales for next five years.

The report suggests that following four factors would play a crucial role to drive the retail sector’s acceleration and boost the economic diversification efforts of the traditional hydrocarbon-dependent GCC countries: –

·  Constant rise in the per capita gross domestic product.

·   Suitable Demographics as favourable for the overall growth of retail sector with active age group rising population faster than any other global places as stated by Krishna Dhanak, executive director at Alpen Capital.

The entire retail industry across Arabian gulf region has been quite reeling under the pressure in past few quarters due to slowdown, lower oil prices, muted demand etc in global economy. However, positive news is that the developers have continued utilizing and build mixed-use projects with retail components, adding more capacity to the market and thus, bailing it out of the prevailing issues.

The oil prices per barrel which had got plumped down to $30 per barrel during first quarter of 2016, has now got stabilised to be at $70 per barrel as economic momentum gathered pace in UAE.

UAE, is overall ranked fifth amongst top-ten retail destinations across the world and the positive news is that country has seen the retail market to grow CAGR of 3.8 per cent to $73bn between 2012 to 2016. According to the report, tourist spending is highest in Dubai with overnight spending reaching $29.7bn during 2017.

Boosted by higher levels of government spending, increased oil production, higher sales etc has propelled UAE’s economy to strengthen this year as well has led the region outperforming other regions in 2019.

The latest reports from Oxford Economics and the ICAEW, predicts the regions GDP is expected to expand by 2.2 per cent from an estimated 1.7 per cent in 2018, as it is hugely driven with 2.5 per cent growth in real oil GDP, and 2.1 per cent non-oil GDP growth.

Thanks to the Emirates innovative and strong policy implementation under their 50 year development charter, the Dubai’s economy- commercial and trade hub of Middle East will be at much faster pace than in 2018.

Its overall GDP slated to grow at 2.1 percentage in 2019, accelerating to 3.8 percent in 2020 than the moderate slight GDP of 2.8 percent achieved following years as per the Dubai Economic Department figures.

The reports also suggest that although the property sector is still reeling heavily under onslaught of economic slowdown, it is the eminent contributions from finance, retail and tourism sectors for non-oil economic growth this year and next, that the Emirate is banking upon.

Backed by the innovative government initiatives such as Dh50bn three-year economic stimulus package, easing of visa restrictions and renewed spending on infrastructure projects, within GCC, UAE is expected to emerge as front leader in the growth of retail sector.

The annualised growth in retail sales across GCC region is expected to be around 2.2 to 5.1 percentage as predicted in the forecast period.

Despite all positive outcome, the oversupply of the commercial space with higher rents, posed huge challenges for rise of e-commerce in the region for the retail sector growth, as per Alpen Capital.

He also added that “rising number of international brands operating in the region has also intensified competition and the profit margins being eroded for retailers due to high operating costs and now they are adopting aggressive promotional campaigns.”

With The Ample Support from World Economic Forum Bahrain Is All...

THE FIVE INVESTMENT OPPORTUNITIES THAT PIMCO HAS ON ITS RADAR

During the March relatively, Arab League’s biggest economies endure to get...

As per Kamco Invest, the GCC Banking Provision to have touched...