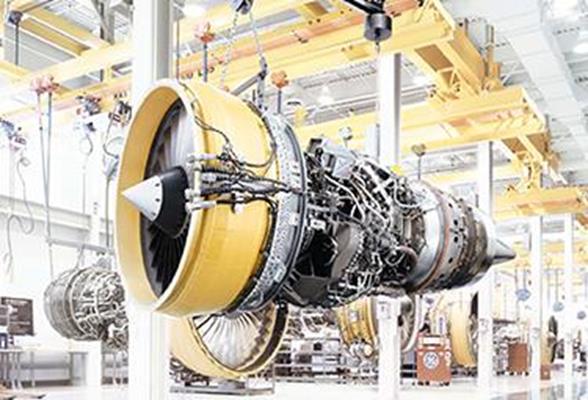 Sydney, Australia// 15 June 2018 – GE this week announced more than one hundred Australian schools have been selected for it’s 2018 GE Additive Education Program, the largest rollout of its kind in Australia. The primary and secondary schools from across the country will receive a polymer 3D printer, supporting software and an education curriculum to give students hands-on additive manufacturing experience

Globally, GE received applications from over 3,000 schools for its 2018 Additive Education Program. Six hundred schools were accepted around the world, of which 103 of those are Australian.

At an event at North Sydney Demonstration School, one of the Australian schools selected for the program, President, and CEO of GE APAC, Wouter Van Wersch said: “Additive manufacturing will be one of the biggest disruptors in the future of the industry, and Australia has a huge opportunity to lead in this globally.

“Through our Additive Education Program, GE aims to help build a strong pipeline of additive manufacturing skills – starting from the classroom – so that the next generation is on the front foot to take on future manufacturing opportunities,” said Van Wersch. “We’re thrilled that through this program, approximately 30,000 students in Australia will now have access to 3D-printing technology and gain skills from our global education curriculum.”

GE Additive has made a significant commitment over five years to invest in educational programs to deliver polymer 3D printers to primary and secondary schools and metal 3D printers to colleges and universities around the world. Enabling educational institutions to provide access to 3D printers will help develop the ecosystem and accelerate the adoption of additive manufacturing worldwide.

The learning program that will help students translate their visions into 3D printed creations was created by Adelaide-based startup Makers Empire and STEAMtrax.

“We are passionate about empowering students and teachers with the power of 3D printing to develop design thinking and 21st-century learning skills,” said Makers Empire CEO, Jon Soong. “The GE Additive Education Program benefits schools by providing exposure to 3D printing and encouraging students to incorporate the technology into a broader problem-solving approach,” said Soong.

Australia has already seen success with GE’s Additive Education Program. In 2017 the University of New South Wales was the only tertiary institution outside the US to be presented with one of eight Concept Laser Mlab causing metal laser printers in the first year of the program.

GE will deliver the polymer 3D printing packages to the more than 600 primary and secondary schools in 30 countries later this year.

GE Additive is part of GE (NYSE: GE) – the world’s Digital Industrial Company, transforming the industry with software-defined machines and solutions that are connected, responsive and predictive. GE Additive includes additive machine providers Concept Laser and Arcam EBM; along with additive material provider AP&C. As a notable user of additive technologies, GE recognizes the value and potential it brings to modern design and manufacturing.

With Makers Empire, K-8 educators learn how to teach Design Thinking, cover Design and Technologies Curriculum and embrace maker pedagogy using 3D design and printing. We equip educators with the tools, resources, knowledge, and support they need to embrace creativity and making in education for improved student performance, engagement, and learning.

Saudi Arabia to be deemed as start-up commercial hub as there...

Is it time to increase the weight of gold in the...

With the support of Conversational AI in form of Chatbots to...

OpenNebula 6.0 “Mutara” Release: Expanding Your Multi-Cloud to the Edge