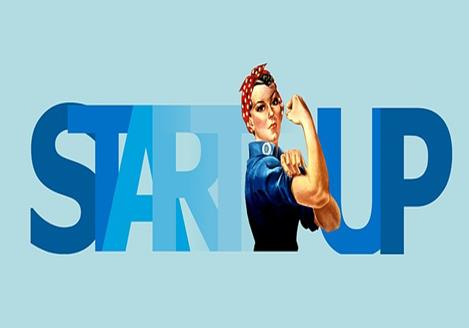 Start-ups have always played a pivotal role in shaping a nation’s GDP or an economic progression. With an initiative in the form of a unique program to identify the start-ups developing current economic and social environment also touted as ‘Fourth Industrial Revolution’ by World Economic Forum to be held in 2019.

This innovative concept by WEF has collaborated in support with the Bahrain Economic Development Board, the Arabian Gulf state’s investment agency.

Its primary goal is to identify top 100 brightest start-ups from amongst all the 22 Arab league countries and spearhead a tailored programme with industry and government stalwarts to benefit these diversified start-up firms thus shaping an advancing technology-based futuristic industrial outlook.

They (WEF) have invited open applications from across the region of the top innovative, fresh and successful start-ups. To ensure a fair, transparent, unbiased selection process amongst the open applications received, a super committee has been formed comprising of the Middle East and North Africa’s most successful entrepreneurs and venture capitalists.

Mr Dusek stated that the region has enormous potential to develop its economic landscape of the Arab World in next five to six years as it has the right mix of wave comprising of young entrepreneurs who lead the charge of young, potent future big companies.

He also added further that these companies by providing innovative, rational and realistic solutions have brought a sea of change and shaped lives in the better way of the general public.

He also informed that the closed deadline to receive the applications is March 13, and once scrutinised and shortlisted, the promising young entrepreneurs can lead their way in the two-day WEF conference at the Dead Sea, Jordan slated to be held on within April 6Th to 8Th.

He also stated the eligibility criterion for participation in the world economic forum which is:-

A. Initial or Emerging Start-ups: – These start-ups are generally freshly formed with at least an initial round of funding from Foreign Investor and secondly be a practical concern generating enough revenues as well as have enough liquidity or surplus to sustain the company’s growth. As well they must have at least been listed in the positive emerging successful firms in the region.

B. Leaders or Late-Stage Start-Ups: – These start-ups are old warhorses spearheading a nation’s economic interests or have significant contribution in the overall GDP. They would have had received at least two-three rounds of foreign funding from outside investors. As well they must be opined as successful leaders in the region.

WEF has also stated that irrespective of the start-ups’ nature, they must always be 100 % committed for the welfare of the national progress and make a substantial long-term impact on Arab business and society. As well they must be not a subsidiary or a joint venture viz they must be owned by individual young minds.

Such innovative, unique young turf programmes will surely spearhead the Arab world to launch “Fourth Industrial Revolution” and be the pioneers of it in the global community.

How Sacombank-SBR Dealt with the COVID-19 effect?

Kanbar Digital LLC generates more than $500,000 in its first quarter

Central Bank statement added that UAE economy to witness a 2.5% growth this year post a 5.8% slump down

Five aspects that will drive the European infrastructure market and its investment in 2019...