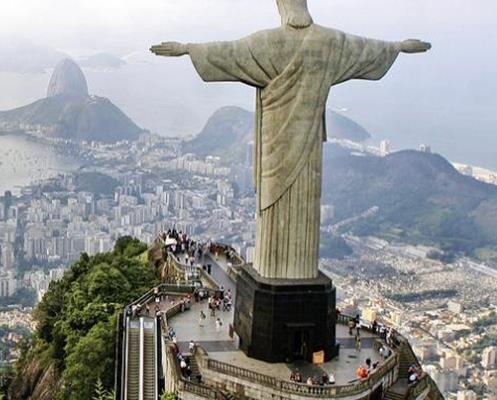 Global emerging market equities, according to the metric of the MSCI Emerging Markets index, fell by 2.1% during the second quarter of 2018. The markets of Argentina, Brazil, and Turkey were – and still are – the weakest, on the contrary than those of Colombia and India, which were among the most profitable.

The members of our investment team have just returned from a research trip through Brazil and Argentina. Throughout the same, they observed a degree of nervousness about the upcoming elections, but also real signs of improvement in the confidence of companies and consumers.

The recent recession suffered by Brazil has been the hardest that any of the companies with which we have met have ever experienced. There has been a period of deleveraging that has meant that, with a potentially more stable political environment, there is a significant margin for improvement in many areas of business activity.

During this period, Bradesco, an important commercial and retail bank, and Duratex, producer of industrialized wood panels and sanitary equipment, have been two of the most profitable companies. During the last three years, the strategy has benefited greatly from the strength of these two Brazilian titles.

Our perception is that there have not been too many concrete news about these companies, or events that could justify the recent weakness in the price of their shares. In fact, we believe that the joint venture recently announced by Duratex for the production of viscose fiber with the Austrian company Lenzing has served to advance the value chain, and should be positive for its long-term profitability.

The truth is that the weakness observed in the price of its shares seems to be more related to the doubts that await the upcoming elections in Brazil. In the absence of any presidential candidate who has taken a clear advantage in the polls, political uncertainty has resulted in a great weakness in the local stock market. There has also been a truckers’ strike throughout the country because of fuel prices, and the mood is very hot.

Tiger Brands, a publicly traded South African consumer goods and food production company, had a problem in its meat processing division (Enterprise Foods) earlier this year, and its impact has not yet faded. From this subsidiary, less than 3% of the company’s profits come from, but its involvement in the listeria crisis has led to a class action.

In our opinion, the company has the financial strength and the necessary management team to face this situation. In the long term, the franchise, its profitability, and its values may recover from the current low levels. We increased our position in it at the end of the previous quarter and it continues to be one of the largest holdings in the portfolio.

The team has recently visited Bombay during its trip through India, Sri Lanka, and the Middle East. Bombay is the second most populous city in India, after New Delhi, according to the United Nations. It has become the center of financial services in the country and this time it was the host municipality of a congress organized by a local bank: Kotak Mahindra .

At his conference to welcome delegates and delegates, the president spoke about the development of the collective investment fund sector and about the need for financial services to win the trust of people who, in many cases, are The first time they take their money to the markets.

For us, as investors in the banking sector, trust is a key component when it comes to understanding the financial services sector, given that it takes many years to achieve it and can be annihilated in a single instant, as demonstrated in the more developed markets during 2008.

In any sector, we consider that innovation is the most important thing, but in the case of financial products, we are often nervous because the basic services required by customers have not changed since the emergence of the modern banking system in Italy, back in the XII century. However, the appearance of computers has meant that the only existing limit for the creation of financial products is the user’s imagination.

LATIN AMERICA: A “GOLD MINE” AWAITING ITS REAL ESTATE TAKEOFF

e-Dirham Phase 1 Complete in the UAE

Saudi Arabia’s Digitalized shift to be Driven in by KPMG, and...

For better promotion of the Emirati E-Commerce boom, Dubai and Noon.com...

$45.4 MILLION TO SPUR OFF-GRID SOLAR DRIVEN PUMPING FOR IRRIGATION IN...

COOPERATION IN THE ARCTIC LIKELY TO CONTINUE—FOR NOW

40 percent surge in Green Bonds during first Quarter supported by...