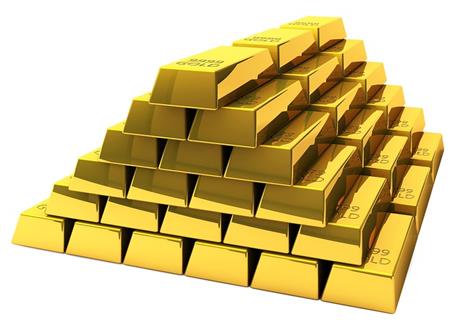 Expectations of market consensus that expected a continuation of a global environment of synchronized growth that characterized the previous 18 months have been under pressure in 2018. Driven by the Trump administration’s tax cuts, growth in the United States was expected to be robust , but the strength of European and emerging market equity markets performance in 2017 proved to be a false signal as underlying growth did not continue over time.

According to Philip Saunders , co-head of the Multi-Asset Growth team at Investec Asset Management , points out, the market’s euphoria could have been the result of a final flow of liquidity through the global banking system, as opposed to a strong growth dynamic such as He had believed in the market.

The anticipated moderation of growth in China, in response to policy measures to tackle poor capital productivity, seems to have been more significant than official statistics suggest. Meanwhile, the adjustment in the international liquidity conditions has been reflected in the renewed strength of the dollar, combined to reinforce the divergence not only of the United States with respect to global growth, but in relation to the currency and the performance of the market. variable income. At first, the crisis in Argentina and Turkey were dismissed as idiosyncratic crises, but it was clear that the macroeconomic environment was becoming more challenging.

The bull market in all the assets that had taken place under the extended program of quantitative easing of the central banks is now giving way to an environment characterized by more restrictive monetary conditions and a process of readjustment in prices.

Global growth has peaked and is slowing. The economy in the United States has enough momentum to oppose this trend for a while. In fact, there is very little evidence of the negative effects of the restrictive cycle of rising rates in the United States, apart from the movements in interest rates in the short term. However, sometime in 2019, it is likely that the US economy will also converge towards weaker growth. This does not mean that it is the result of a recession, but of a weaker growth, a higher inflation and a more restrictive liquidity that represent increasing winds against each other.

China’s approach has been much more assertive under Xi’s presidency, compared to some of its predecessors who preferred Den Xiaoping’s policy of trying to hide China’s strength and which became known as a ‘peaceful rise’. This has finally precipitated a response in the form of a major shift in US policy, from an accommodative relationship to a rivalry one, which has served to reinforce the cyclical downward pressures of the Chinese economy, in currency and markets. during the course of 2018.

Our main assumption is that growth will continue to weaken in 2019. More material decisions will be made to facilitate conditions and support growth, but the Chinese leadership will accept a weakened economy in the short term instead of compromising its long-term ambitions to transform its economy in a model more focused on consumption.

Paradoxically, US trade pressures will accelerate the reform process instead of slowing it down. The reforms have a very broad base, but reforms related to the transformation of the economy – the shift from quantity to quality production – and reforms in capital markets, which will increasingly reduce dependency, are particularly important. of a financial system dominated by banks with an outdated business model. In fact, it is likely that next year will be a decisive year in the opening of capital markets in China to foreign investors.

The index creation company MSCI plans to increase the weight of class A shares in its main benchmark indexes, from 5% to 20%, while it is likely that Bloomberg Barclays will include China’s emissions in its Global Aggregate index. fixed income as of April 2019.

It is expected that other index providers follow the trend. Cyclical weakness creates a strategic opportunity in the long term. The transformation of the Chinese economy and the opening of its financial markets represent an important strategic opportunity for international investors who currently have very modest allocations.

Equities and Chinese debt are ready to form part of growth within investors’ portfolios in the next 20 years and beyond. Cyclical weaknesses represent an opportunity to accumulate exposure at cheap valuation levels.

In the past, commodity prices have frequently benefited in the latter part of the cycle. In Investec AM they expect that the rates of core inflation will increase in the developed economies. However, in his opinion, slower growth and lower demand for raw materials, particularly in China – the main source of demand – will probably dominate its performance. The consolidated nature of the industry, and the supply discipline at the company level, should provide some support. Crude prices may also have peaked for now. Supply and demand is set to remain adjusted, due to a sharp drop in investment in conventional production sources, on the one hand, and the moderation of the growth rate of production related to shale oil, on the other. However, a weaker global growth and a destruction of the demand represents winds against.

On the other hand, gold tends to have a poor performance in periods of rising interest rates. The rate of return on US government bonds linked to inflation has doubled and the strength of the dollar seems to be promising more of the same. But these assets are arguably in price and gold tends to perform well in periods of slow growth and greater uncertainty. Furthermore, the long-term plans of the Chinese authorities to de-dollarize the gold market will add a structural buyer to the gold market.

Industrial metals face challenging winds, but supply and demand are in a better balance than in other cycles. Gold could emerge as a defensive asset, surprising upwards.

For the post-COVID-19 recovery, Innovation is the core ‘Weapon for Choice’ for the UAE

The Kingdom of Saudi Arabia to witness huge employment measure in upcoming time frame as Amazon to build up 1,500 jobs

The biggest task cut out in front of Middle East territory is to balance...