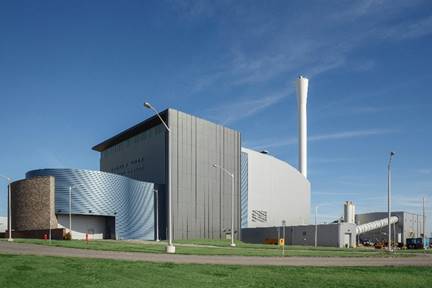 ‘Insurance wraps’ relieve governments and companies of all financial liabilities

The first private lenders to register at the new Project Finance Exchange (PFX) have shown a clear preference for renewable energy, with the Middle East and Africa as popular as the USA and Europe.  More than two decades of evolution and growth has brought the global project finance market to the point where there are now thousands of private lenders including hedge, alternative investment and other private capital funds and as many thousands of projects at any one time.  The resulting fragmentation created an opaque and inefficient market into which PFX has introduced a seamless interface between projects and financiers.

Project finance integrates insurance underwriting, known as ‘insurance wraps’, into its structure meaning that it is non-recourse and imposes no financial or other liabilities on project owners or governments.  It also means that projects being built in developing countries are not so much dependent on government guarantees as on the underwriter’s assessment of political, economic and other risks.  The underwriters are Lloyds of London backed meaning that, once underwritten, funds are comfortable in lending into renewable energy projects in developing countries.  Insurance premiums are usually added to the loan and paid direct by the fund to the underwriters.

PFX Chairman David Rose said: “Our fund manager registrations are at a very early stage but, along with a significant reserve of $21 billion within the first month, are already revealing the kind of dynamic private lender deal value, market sector and global region data which has never been available before.  PFX focuses exclusively on project finance which, after two decades of growth and evolution has moved on from being the exclusive domain of huge, mega-dollar infrastructure and construction deals funded by tier-1 banks and institutions.  It now spans deal values from $5m to $5bn+ across 40 market sectors and is dominated by private capital lenders.  But the critical, defining element of all those mega-dollar deals, where lending is predicated on the track record and financial stability of whoever is contracted to buy the output from the built project, still prevails.  For the renewable energy sector this means that lending is underwritten against the power purchase agreement (PPA) the project has with the regional or national grid.  Power grids everywhere usually pay their bills and, dependent on positive underwriting assessments, funders will usually lend into these projects in developing countries.”

It is free to list renewable energy or any other projects on PFX through its Regional Managers, who act as the liaison point between projects and fund managers.  They also provide quality control over assembling the entire funding submission, from Elevator Pitch thru Executive Summary to Full Deck.  Fund managers originate new deals by registering, free, and receiving elevator pitches matching their pre-set preferences.  Long-established market conventions including confidentiality and non-disclosures are all built into PFX fintech.  Estimated total global liquidity of private capital lenders is $20.35 trillion (source: Cap-Gemini World Wealth Report 2020/PFX).

In closing Rose said: “By using the project finance structure resourced with private capital renewable energy projects can now be built in any politically stable territory, including most developing countries.  Especially for Africa, this is particularly good news.  The combined weight of trillions of dollars of private capital, or ‘dry powder’ as it’s known in the market, and the A-rated Lloyds corporate insurance wraps can easily absorb Africa’s energy financing requirements, with no strings or liabilities on project sponsors or governments.”

The PFX site presents a popular online financial modelling course for those fund managers and project principals who may not yet be working with the structure. PFX has EMEA Regional Managers covering the Middle East and Africa who can be found in the ‘Submit Project’ zone at www.projectfinanceexchange.com (PFX).

Digital Crowdfunding Platform Unveiled for the assistance and boosting Start-Ups in...