Dubai, UAE – April 28, 2019: Underlining its continuing expansion, Rotana, one of the leading hotel management companies in the region with hotels across the Middle East, Africa, Eastern Europe and Turkey, is showcasing its growing portfolio of world-class hospitality offerings at Arabian Travel Market (ATM) 2019.

Now in its 26th edition, the key industry event offers an outstanding platform for Rotana to share the latest updates on its performance and upcoming openings in the region and beyond.

Rotana currently operates 65 hotels in 23 cities across 12 countries, including an impressive 9,694 keys at 35 hotels in the UAE alone. With a pipeline of ten hotels scheduled to open before the end of 2020, the stage is set for the company’s sustained expansion.

Among the most highly anticipated of Rotana’s upcoming openings in 2019 is the Johari Rotana in Tanzania, a spectacular five-star hotel in Dar es Salaam that marks the company’s entrance to the East African market. The 253-key hotel will include 193 luxurious hotel rooms and suites and 60 serviced hotel apartments spread across 24 floors, and is set to bring new levels of hospitality to Tanzania’s commercial capital. The brand-new hotel is located within the landmark MNF Square project, a 65,000 square-meter mixed-use development that also includes office space and retail outlets, and is scheduled to open in August this year.

Rotana is set to make another country debut in Q3 2019 with the opening of the Bosmal Arjaan by Rotana in Bosnia and Herzegovina. Strategically located in Sarajevo’s Bosmal City Centre complex, the new hotel features 132 hotel apartments, in addition to a gymnasium, two indoor pools, a sauna, a Turkish bath, and multiple treatment rooms. The hotel is the second tallest residential tower in the Balkans region. Also launching during Q3 2019 is the Dana Rayhaan by Rotana in Dammam. The new hotel will add 285 keys to Rotana’s inventory in Saudi Arabia, which currently consists of six hotels.

Reflecting on the importance of the event, Rotana’s Acting CEO Guy Hutchinson commented, “We are delighted to participate in ATM 2019, which offers unrivalled opportunities to connect with key industry stakeholders, forge new business alliances, and showcase our plans for the future. The theme of this year’s event is innovation and technology, an area in which we have always excelled thanks to our passion for developing ground-breaking ideas that engage guests and improve their overall experience.”

“Buoyed by our consistently good results and the continuing rise in visitor numbers to the Middle East, Rotana’s growth plans remain firmly on-course. We will continue to explore fresh avenues for expansion into new markets, in line with our ambitious strategy to develop 46 new properties in 28 cities across the Middle East, Africa, Eastern Europe, and Turkey,” Hutchinson added.

The region’s hospitality sector is in the midst of a significant transformation, characterised by an increasing focus on public spending in tourism. These developments are driven by the ambitious economic diversification roadmaps outlined by governments, including the UAE’s Vision 2021 and the Saudi Vision 2030. In keeping with the theme of this year’s ATM, there has also been considerable emphasis on the development of disruptive technologies, which are creating exciting new possibilities in product and service offerings with the potential to redefine the guest experience.

While the luxury market remains strong, green and mid-scale offerings are also growing in prominence, a trend Rotana is well-positioned to cater to through its broad portfolio of brands designed for a wide range of guest segments. In addition, upcoming events such as Expo 2020 Dubai and continuing investment in world-class tourist attractions are strengthening the region’s reputation as a top global destination for business and leisure, driving further growth in visitor numbers.

Rotana currently manages a portfolio of over 100 properties throughout the Middle East, Africa, Eastern Europe, and Turkey, with an aggressive expansion plan in place. Rotana has chosen to acknowledge how precious time is by making all time spent in their range of hotels ‘Treasured Time’. This means Rotana has pledged to understand and meet the individual needs of all guests. In so doing, Rotana has evolved its product brands to include, Rotana Hotels & Resorts, Centro Hotels by Rotana, Rayhaan Hotels & Resorts by Rotana, Arjaan Hotel Apartments by Rotana and The Residences by Rotana. Treasured Time. The Rotana promise to you.

Further information on any Rotana property, its brands or reservations can be obtained by visiting rotana.com or by contacting one of the regional sales offices. 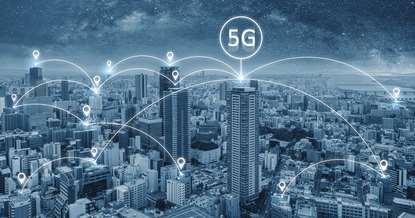 Bahrain to commence the 5G Services Launchpad within June

Sidra Capital distributes in excess of 7.5% on its International real estate portfolio

SLOWING DOWN THE RISK BEFORE THE CYCLE CHANGE