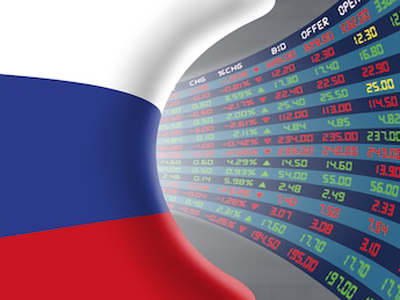 Russia’s growth is forecast at between 1.5% and 1.8% over the next three years. In the short-term, however, this forecast may be adjusted because of changing oil prices – which were projected to average US$ 65/bbl in 2018 and 2019, and US$ 66/bbl in 2020, but which may increase further, especially in the short-term.

In 2017, growth was mainly driven by non-tradable sectors. The unemployment rate declined to 5.2%, while real wages and pensions increased on the back of low inflation. In 2018-20, consumer demand is expected to be the main engine of GDP growth, while the poverty rate is expected to decrease slightly.

“Russia’s economy continued its recovery in 2017, but growth prospects for 2018-20 remain relatively modest, and well below the current global growth average of over 3%,” said Apurva Sanghi, World Bank Lead Economist for Russia, and main author of the report. “In the next few years, greater focus on education, health and infrastructure investments will require the government to find fiscal space through further improvements in tax administration, optimization of non-tax revenues, increased efficiency of public expenditures, and potentially some tax policy changes.”

Moderately tight monetary and fiscal policies, in combination with a favorable external environment, let the Central Bank of Russia reach a record low-level of consumer price index (CPI) inflation, which averaged 3.7% in 2017. Annual inflation now stands below the Central Bank’s target of 4%, while inflation expectations, though trending downward, remain elevated.

Driven by a rebound in disposable income and consumption, the poverty headcount declined marginally in 2017 to 13.2%, after reaching 13.3% in 2016. The poverty rate is projected to decline in 2018, 2019 and 2020 to 12.5, 11.9 and 11.4%, respectively, as income and consumption grow further. Among the factors that could fuel real income growth are a general recovery of the economy and further deceleration of inflation.

“With enhanced macroeconomic stability, the key challenge for achieving higher levels of economic growth is to increase productivity.” said Andras Horvai, World Bank Country Director and Resident Representative for Russia. “This requires improved infrastructure connectivity, strengthened competition across the economy, further improvements in the business climate, vibrant innovation activity and the reduction of the skills gap. Investments in human capital will be key.”

The special topic of the 39th edition of the Russia Economic Report examines how Russia can accelerate its transformation to a digital economy. A strategic focus on digital transformation has enabled Russia to build a national digital infrastructure to support universal broadband and mobile communications. However, to fully reap the socio-economic benefits of this digital infrastructure, Russia will need to implement policies that accelerate the digital transformation of the traditional enterprise sector, and promote R&D, innovation and entrepreneurship.

WHY MODERN, FAIR AND OPEN PUBLIC PROCUREMENT SYSTEMS MATTER FOR THE...

The future of insurance innovation is the powerful emergence of Digital...