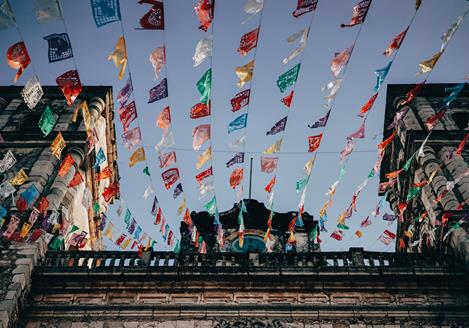 Investor sentiment towards emerging markets has been affected by geopolitical tensions, dollar strength and crisis (especially linked to current account deficit) in different countries, in a context of commercial rivalry. Latin America, in this challenging environment for emerging markets, is the only region that seems to be able to perform better than in 2018.

Specifically, the growth of its GDP in 2019 can be 2.6% and exceed for the first time since 2013 the EMEA region (Europe, the Middle East and Africa), which can grow by 2%. This growth may be driven mainly by countries such as Chile, Colombia and Peru. Although Chile is unlikely to repeat the 4.2% increase in its 2018 GDP, it can still remain strong in 2019, at 3.6%. In addition, Brazil, the largest country in the region, will also grow, albeit at a more moderate pace, to 2.2%.

It must be borne in mind that these countries have new governments and credible plans from an economic point of view. In addition, inflation can remain within the objectives, allowing the monetary authorities to maintain accommodative policies.

A super electoral cycle of fourteen presidential elections has been left behind, including these four countries, between 2016 and 2018. So this year no significant political instability is expected. In fact, the elections have generated more conservative governments, willing to reform the public sector and stimulate the economy through long-term policies.

Thus, Colombia, where we must be attentive to the price of oil and the migration of Venezuela, has reduced the corporate tax; Chile, where there is monitoring the price of copper, is introducing new laws to accelerate the creation of companies and in Brazil the new president Jair Bolsonaro has among his main priorities to reduce public spending and we must be attentive to his ability to implement reforms.

However, the risk for these countries is their growing dependence on China for their exports, especially in the current context of global trade tensions. Exports to China have been on the rise since 2000 – to a lesser extent those of Colombia – and China is already the main trading partner of Brazil, Chile and Peru.

During this time exports to the US they have slowed down, especially those in Colombia. Keep in mind that China has expanded its influence worldwide and increased imports of raw materials such as metals or cereals to meet domestic demand. This has allowed these Latin American countries to diversify commercially from their neighbors. However, the USA it has imported less oil as it has improved its domestic production, which has had a negative impact on Colombian exports.

The fact is that overall, despite the risks, because of their dependence on the prices of raw materials and, increasingly, on exports to China, these countries present opportunities for long-term investors.

How Smart Cities Will Make Roads Safer, Cleaner, and Better

TECHNOLOGY LEADERS AND IDB TEAM UP TO PROMOTE BLOCKCHAIN NETWORK IN...