The Banking arena in the GCC territory witnessed a gigantic net profits and outstanding recovery within the initial quarter (Q1) of this year in 2021, with the profit margins touching up to $8.4 billion on the backdrop of a 62% year-on-year (Y-O-Y) as well as 14.20% consecutively backed by progress across the territory.

The enhancement was mainly powered by a 41% or $2.5 billion q-o-q drop in loan loss provisions (LLP) that stretched a six-quarter low level of $3.6 billion in Q1-2021. This was moderately offset by a waning in the top line as banks endured to deal with the low interest rate ecosystem.

Out of 59 banks in the territory, merely six described a quarter-n-quarter (q-o-q) waning in profits during Q1-2021 while 17 banks reported a y-o-y decline, according to the latest GCC Banking Sector report announced by Kuwait-based financial powerhouse Kamco Invest.

Shareholders of banks in the GCC established significantly less cash dividends for FY-2020 as banks in the province were either virtually streaked from paying dividends due to the regulatory relaxations for Covid-19 or made a much-reduced dividend payment.

At the national level, cumulative profits for banks in Kuwait, UAE and Bahrain more than gathered q-o-q, whereas Saudi Arabian banks conveyed a profit evolution of 34.0%.

The waning in currency dividend expenditures was comprehended across the board in the GCC with banks in all the nations diminishing dividends. Bahraini banks made the major percentage cuts to dividends at 72.4%. Saudi Arabian banks were subsequently curbing out the currency dividends by 64.1% or $2.4 billion to $1.3 billion as expenditures for FY-2020, while UAE-listed banks curbed the dividends by 36.4% to $3.3 billion, the peak absolute payments in the GCC during the year.

On the other hand, Qatari banks perceived the minutest weakening during the year at 25.4% and made payments of $2.1 billion. 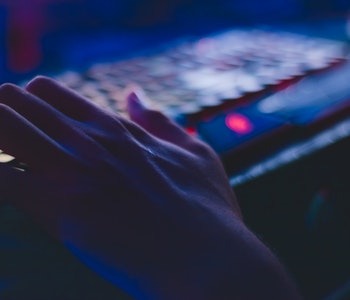 EMIRATI LABEL SALVA DEMONSTRATES ITS UNWAVERING SUPPORT FOR SEAFARERS WITH A FIRST-OF-ITS-KIND INITIATIVE IN...

For the propulsion of FinTech Arena, the Online Payment Major Stripe’s initiative to enter...