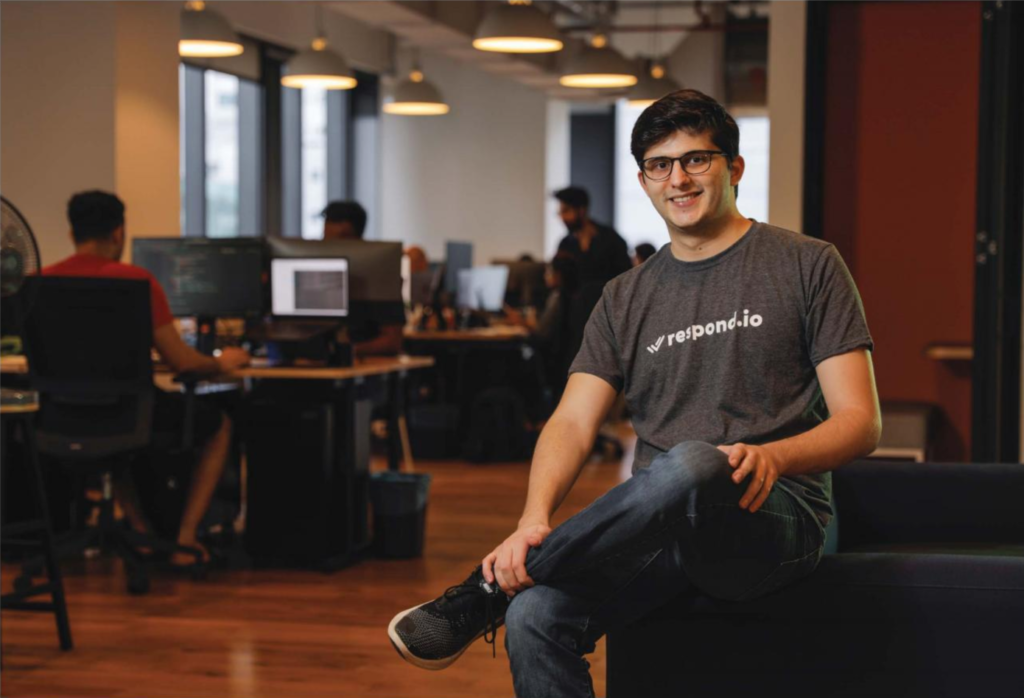 With the eCommerce market in the UAE continuing its impressive growth, buoyed by a forecasted 6%-7% real GDP growth in the country this year, respond.io, a leading social to conversational commerce platform, has doubled down on its strategy and investment in the country as it looks to pioneer the burgeoning social commerce space.

This follows the successful closure of the company’s US$7 million Series A round which was led by Headline, with participation from AltaIR Capital, Smart Partnership Capital, Sterling Oak Group & Calendula Ventures.

The UAE market is already one of the largest revenue drivers for respond.io which over the last 12 months has enjoyed staggering 236.23% revenue growth in the country. This success has been driven by the company’s unique ability to empower retailers to convert social media engagements into sales through instant messaging while building long-term brand loyalty.

The effectiveness and broad-scale applicability of respond.io’s solutions across industries are evidenced in its strong base of hundreds of customers in the Middle East, which include leading brands such as Rotana Hotels, Cosmesurge, Ritchie Bros Middle East, and Hidayath Stainless Steel.

As 98.99% of the UAE’s population uses social media, and instant messaging platforms such as WhatsApp and Facebook Messenger enjoy widespread popularity and utilization, it has become a critical platform for marketing and brand building. “Social media usage in the Emirates is among the highest in the world and is fuelling a new wave of digital commerce innovation. Platforms such as Instagram have enabled brands to connect directly with consumers and accelerate their purchase decisions,” says Gerardo Salandra, CEO of respond.io.

“Thus far, brands have struggled to create a seamless customer journey from social to messaging channels such as WhatsApp which serve as the critical ‘last mile’ in the purchase process. At respond.io, we have addressed this challenge by delivering an enterprise-grade platform that has been built from the ground up for messaging, with powerful features such as advanced analytics, automation, and marketing tools. This enables multi-national brands to deploy highly innovative strategies at a scale of a million conversations per day across dozens of teams,” he added.

Respond.io has grown its revenue 25x since its previous round of funding and will use its new capital to continue its push into large enterprises by extending its extensive suite of integration capabilities. While leveraging the cash infusion to expand its ecosystem of channel partners, the company is especially focused on engaging with the country’s large telecom operators to make its solutions conveniently available via these service providers’ cloud marketplaces. “We are especially keen on further developing our relationship with Etisalat as this would supercharge our growth strategy and make our value proposition more easily and rapidly available to a broad segment of UAE businesses,” stated Salandra.

“We’ve created an incredible infrastructure to service these huge customers – we process over 140 million messages per month,” stated Hassan Ahmed CTO at respond.io. “These metrics are hardly ever made public, but from what I’ve found, this is an industry-leading figure – for instance, it’s at least 10x more messages than our biggest European competitors.”

Respond.io is on track to lead the market globally with social to conversational commerce solutions at the world’s largest brands, nationwide retailers, and other enterprise companies.

“It’s been quite some time since I’ve seen a company with this kind of growth trajectory”, says Akio Tanaka, Partner at Headline. “What’s most impressive is everything so far has been achieved with an organic marketing plus product-led growth strategy. I’m excited to see what comes next.”