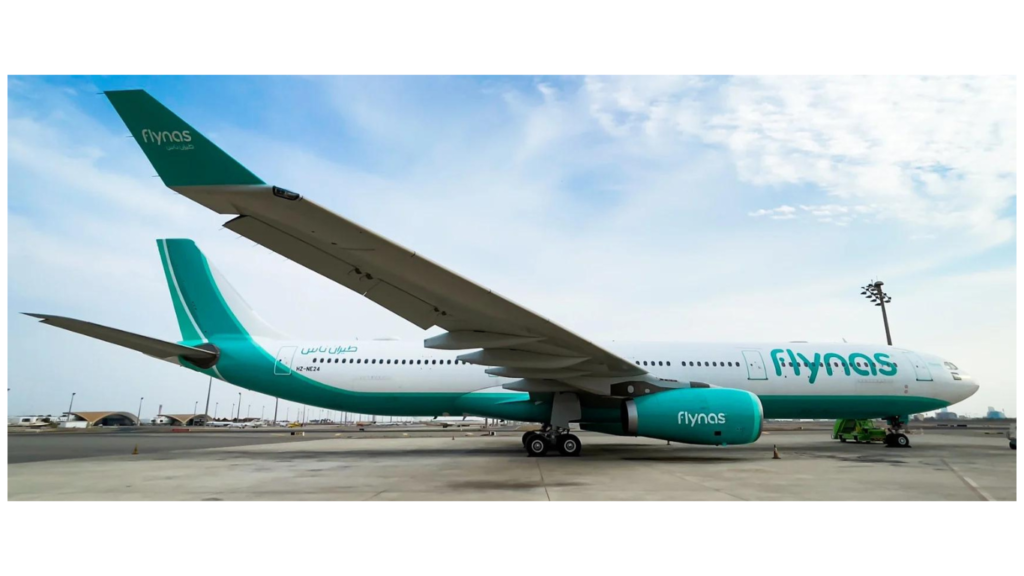 Flynas airlines, a global low-cost airline, has reported a record-breaking performance in terms of operations, increase in passenger numbers (8.7 million), enhancement of seat capacity (46 %), acquisition of new aircraft, the addition of new destinations (16) and new routes (30). The airline has upscaled to 43 aircraft as of 2023.

Flynas CEO and Managing Director, Bander Almohanna said – “The growth rates recorded by Flynas during 2022 in performance, operations, and localization programs reflect the company’s commitment to continuing expansion under the slogan ‘We Connect the World to the Kingdom’ and to consolidating its leading position as the best low-cost airline in the Middle East and one of the top 10 airlines in the world of its category.”

“Moreover, the company’s Board of Directors approved raising the booking orders of 250 aircraft (in March this year), in line with the goals of the Saudi Vision 2030, and the civil aviation strategy to reach 330 million passengers, 250 international destinations and 100 million tourists annually.”

Continuing on the same note, the CEO also stressed providing jobs to qualified Saudi talented youths. According to him, the “Future Engineers Program” launched in 2022 was the first step to attracting local talent.” This training program is in progress with 30 Saudi Engineers and the first 100 officer cadet pilots.

This popular Riyadh-based low-cost airline, in a move to encourage Saudi Arabia’s rich culture and popularisation of tourist attractions in the region sponsored two flights to be flown to coffee plantations in Jazan and Al-Bahah as part of the Saudi 2030 vision programs.