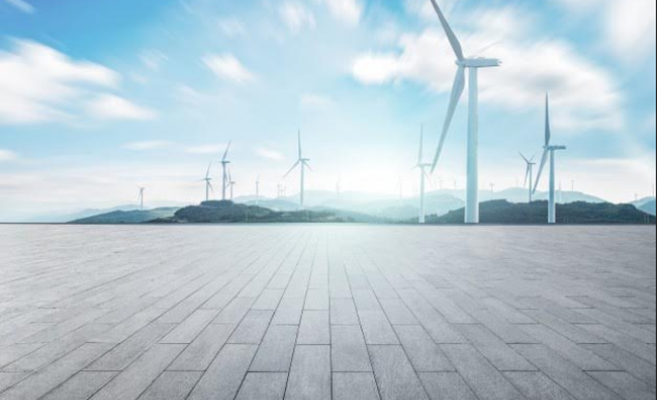 We are witnessing a crucial moment in the world to face the financing of renewable, infinite and clean energy projects that make the energy transition viable. In his opinion, renewable or clean energy currently marks a strong trend in the process of becoming an important part of the energy matrix in different countries of the world, even more so when a route has been drawn up such as the Sustainable Development Goals (ODS) by the United Nations.

“This accelerated trend towards clean energy has led to the political dynamics in developing and emerging economies begin to turn towards substantial changes in their sources of power generation and as a consequence their financing,” they mention.

An example is presented by the RenovAR Plan in Argentina, where the Renewable Energy Law, enacted at the end of 2015, laid out a path to reach 2025, having gone from 2% to 20% of its energy matrix associated with clean and renewable energies

To reach this goal, more than 15,000 million dollars in investments will be required.

The Inter-American Development Bank (IDB) considers that Latin America has a potential 22 times greater than the demand required for the year 2050 thanks to solar photovoltaic energy (46%), concentrating solar power (21%), among others alternative methods that are already beginning to be implemented progressively by countries such as Brazil, Chile or Mexico.

The Cost and Limit of Financing

In a report published by the World Bank, citing the International Renewable Energy Agency (IRENA, for its acronym in English), it is said that between 2010 and 2015 in Latin America were invested more than 80,000 million dollars in renewable energy unconventional and highlights that in the region a quarter of the total primary energy comes from renewable sources.

Although the outlook for the growth of renewable and clean energy is promising as an investment element, the sources of financing are not in the same proportion. This is a problem because, despite the heterogeneity in the access to the debt market, only a small number of companies have the capacity to issue corporate bonds, either due to excessive regulation or because of the volatility of the stock markets.

However, investors have not moved away from the ETP (Exchange Traded Products, or stock exchanges), which due to its reliability and transparency in the investment, have become one of the most popular forms of access to resources. financing through the securitization or securitization of assets for the development of renewable energy projects.

The securitization model is a collective financial mechanism, based on trust, that allows the conversion of illiquid assets such as the demand projections of a new hydroelectric power plant, contracts for the supply of solar electricity in the future or a project to electrify the park automotive of a whole city, for example, in liquid assets that generate cash flows, from the issuance of a bond that participates in the capital market. It is then an efficient financing model that converts long-term economic flows into resources of immediate liquidity.

In other words, it is a model in which investors trust in the future potential of renewable energies and their transforming power, in order to then obtain returns from specific initiatives, such as in Norway, a nation of just five million inhabitants that was proposed to reduce the emissions of polluting gases at least 40%.

In this regard,Stephan Pouyat,Euroclear’s global fund director, affirms that “investors are looking for more and more investments that can be negotiated in a short time, with high levels of transparency”.

Approach, which together with the change in the needs for investment in the environment, will determine that the market for negotiated financial products will reach 7.6 trillion dollars in 2020.

The finite reserve of natural resources has increased the need for alternative financing of projects in renewable energy through alternatives such as securitization, allowing the shares of a private company that owns renewable energy sources to begin securitizing and issuing Debt notes.

Driven by investment capital, the renewable energy market can support its rapid expansion with the purchase of debt notes and the provision of versatile investment vehicles, as explained by FlexFunds. “It’s about providing programs that allow securities to be easily distributed to investors worldwide, with the support of trusted financial and legal institutions around the world to consolidate the securitization models in this market.”

A Future of Higher Demand

Thanks to a greater awareness of the harmful effects of production on traditional energy sources, such as the extraction of oil through fracking (hydraulic fracturing), “the growing popularity of renewable energy sources has been promoted. “The company said in a report.

IDB studies show that in 2010 Latin America generated about 1.3 petawatts / hour of electricity (PWh). However, by 2050 it is expected that demand will be higher and reach 3.5 PWh in the region, which is a challenge both in terms of generation and financing of projects.

“In the region, a quarter of total primary energy comes from renewable sources, which makes Latin America one of the most dynamic markets in this sector,” the report published by the World Bank said.

In this sense, the study “Energy scenarios for Latin America and the Caribbean”, prepared by the World Energy Council, CAF, Eletrobras, and UPME, concludes that in the period between 2010 and 2060, up to 2.5 billion dollars will be required to meet the needs of energy generation.