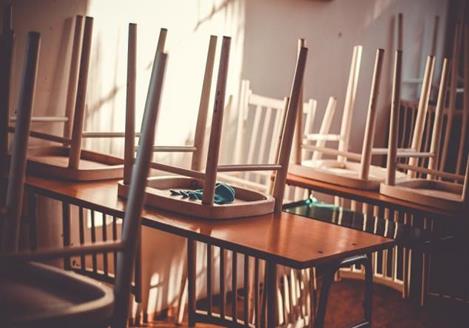 The last meeting of the Fed in July left a very decaffeinated feeling to investors, who believe that the next rate hikes will be announced in September and December. In the statement issued on that occasion, the Fed emphasized the strength of the labor market and the US economy, which promises a strong rate of growth.

“The statement from the Federal Reserve (Fed) reaffirms that a rate hike for September seems to be a guaranteed blow. Although we believe that the move towards protectionism is a material threat to corporate profits and the economy, we think it is unlikely that the Fed’s plan will change, “says Ronald Temple, co-head of Multi-Asset and responsible for equities. America of Lazard Asset Management.

The big question is how the global economy will digest these foreseeable rate hikes by the Fed that, in some way, accentuate more the difference in pace and speed that central banks have when it comes to recovering normalcy in their monetary policies.

Dave Lafferty, the chief market strategist at Natixis IM, believes that these increases will slow down the global economic momentum, which he believes will continue throughout 2018, but can become a tailwind for growth in 2019. opinion, the increase in the interest rates of the Fed, the ECB and the BOE could unleash some turbulence in the short term.

“Until now, the increase in the Fed rate only generated real rates that were less negative. But as the Fed’s index of funds reaches 2%, close to the level of inflation, real rates will move into positive territory. In simpler words, until today, money had been more than free. This will end in 2019 as real rates become positive, “explains Lafferty.

For Rick Rieder, director of global fixed income investments and co-manager of BlackRock’s BlackRock Fixed Income Global Opportunities (FIGO) fund , “the divergence of global monetary policies and their influence on currencies could continue to reveal economic stressors, as has already happened with certain problems in emerging markets and in the case of Italy, so that the limits of standardization could materialize sooner than many anticipate today. “

While paying attention to the effect that the rise in interest rates may have, for now, the Fed is expected to announce an increase of 25 basis points in September, followed by an additional adjustment in December. On the part of the investors, and in the opinion of Sophie Chardon, an expert in the strategy of crossed assets in Lombard Odier, the market has already discounted these increases.

“We will remain very attentive to everything that happens on this front, given that the monetary direction of the Fed could be very disruptive in an environment in which other important central banks (BCE and BdJ) maintain somewhat more accommodative policies. Anyway, at this moment we consider that the markets have already practically discounted the performance of the Federal Reserve and the ECB during the coming quarters, “explains Chardon.

For now, all that remains is to wait and write down on the agenda the next meetings of the Fed scheduled for September 25 and 26, November 7 and 8 and, to close the year, December 18 and 19.