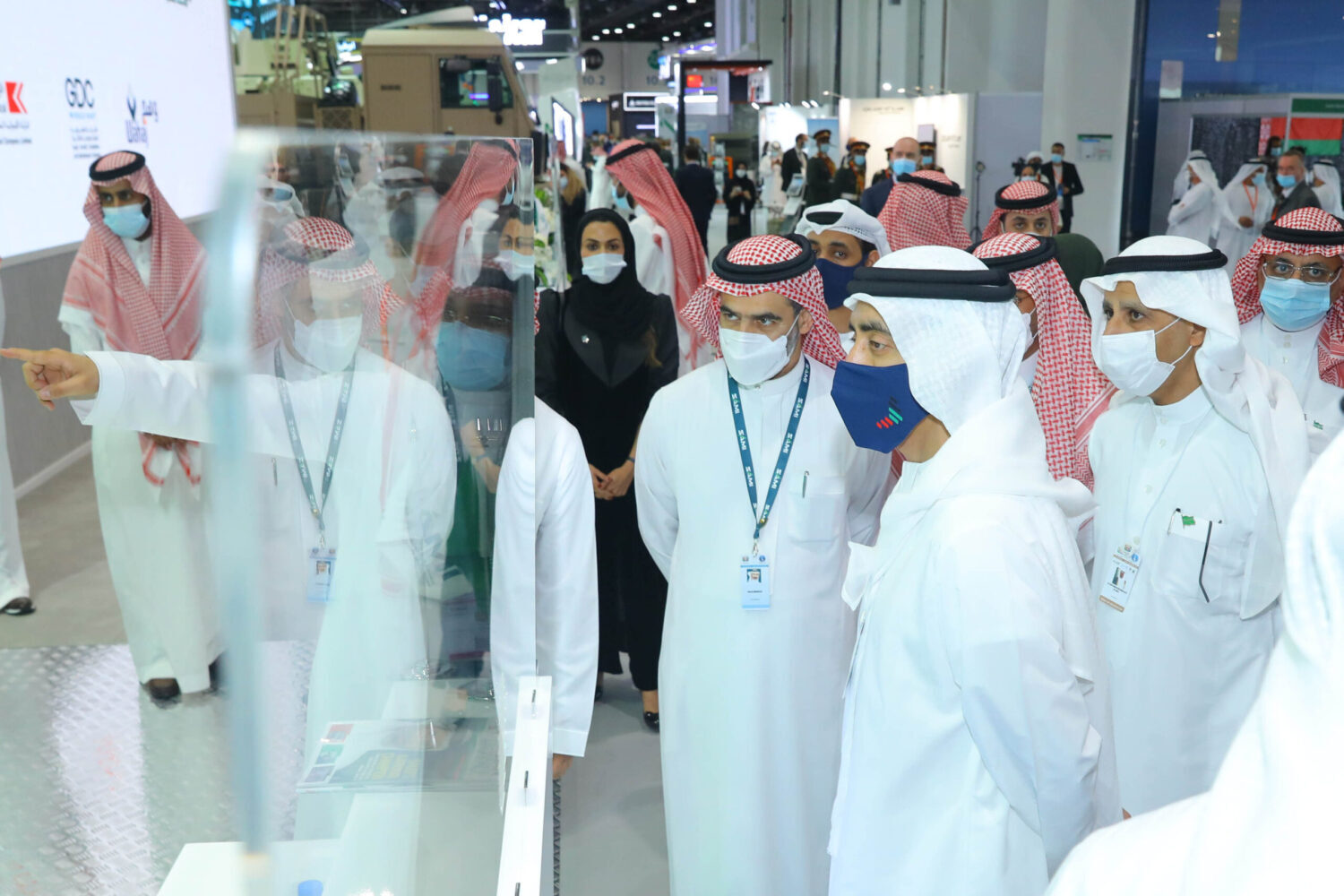 Company signs three new agreements to accelerate localization through transfer of technology, creation of jobs, and attraction of foreign investment

Abu Dhabi – 26 February 2021: Saudi Arabian Military Industries (SAMI), a wholly-owned subsidiary of the Public Investment Fund (PIF), today announced that it concluded its successful participation in the International Defense Exhibition and Conference (IDEX) 2021 in Abu Dhabi, UAE, as part of the Saudi Pavilion.

SAMI’s participation witnessed the signing of three key strategic partnership agreements, visits of several dignitaries to its booth, display of latest military and defense technologies, and attendance of the company’s affiliates under its umbrella.

During the five-day show, SAMI signed a host of collaboration agreements with global industry players and government entities. On Day One, SAMI signed a Joint Venture Agreement with Lockheed Martin to develop capabilities in manufacturing technology, software technology, and systems integration, as well as the production, maintenance, and repair of rotary and fixed-wing aircraft, and missile defense systems, besides naval and land systems.

On Day Two, the company entered into a Teaming Agreement with Abu Dhabi-based NIMR, an EDGE entity, for joint cooperation on armored military and security vehicles, in the first-of-its-kind military industries agreement between Saudi and Emirati companies in the Kingdom. Also, it inked an agreement with the General Authority for Military Industries (GAMI) to be a Strategic Partner in the upcoming World Defense Show 2022.

Commenting on the participation, Eng. Walid Abukhaled, CEO of SAMI, said: “We at SAMI are pleased that our participation in IDEX 2021 was a remarkable success that would lead to new milestones in Saudi Arabia’s evolution as a leading global manufacturer of military systems. The exhibition offered our affiliate companies and us an excellent platform to showcase our locally developed innovations and gain meaningful insights into new and emerging trends in the world of defense.

The strategic agreements we signed at the show will support PIF’s efforts through SAMI in localizing cutting-edge technology and knowledge, as well as building strategic economic partnerships.” SAMI showcased its cutting-edge military products, systems, and technologies, spread across its Land Systems, Aeronautics, Defense Electronics, Weapons and Missiles, and Emerging Technologies divisions during the show.

Launched in May 2017 and wholly owned by the Public Investment Fund (PIF), Saudi Arabian Military Industries (SAMI) is a military industries company working under the directives outlined in the ‎Saudi Vision 2030. Aiming to be among the top 25 military industries companies in the ‎world by 2030, SAMI is expected to play a key role in supporting the localization of 50% of the Kingdom’s ‎total government military spending. SAMI also aims to support PIF’s efforts in localizing cutting-edge technology and knowledge, as well as building strategic economic partnerships.

All Leaders and Directors Are Not Created Equal: To Save a Company – Change...